Click here for audio. Audio file is in .mp3 format. 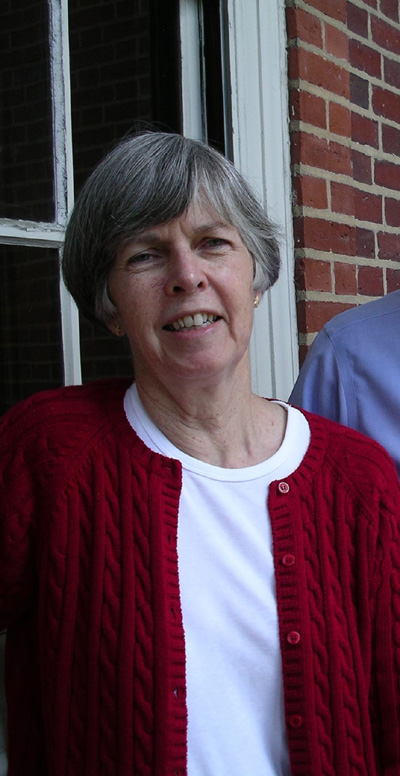 Michael Kline: 00:00:00.0 Today is June 5, 2013. I'm Michael Kline. I'm here with Carrie Kline in the staff quarters of the lower library—Concord Free Public Library. And it's a beautiful morning outside. Would you start off, please? Say your name and introduce—. "My name is" and introduce yourself?

MK: Okay. And we never ask people their ages, but would you give us your date of birth, put things in perspective?

MK: And if you don't mind, start off maybe telling us about your people and where you were raised.

CW: I was a corporate brat and moved all over the country from—. I was born in Wilmington, Delaware, and then we moved to Santa Ana, California, briefly. Back to Wilmington, Delaware, then to Westfield, New Jersey, and then to Whitefish Bay, Wisconsin, a suburb of Milwaukee. And then my parents moved to Madison, Wisconsin, as I went off to college. And then after. Let's see—after college--. I went to Mount Holyoke for two years. Then I graduated from the University of Wisconsin. I went to graduate school there. Then I moved to Cleveland and then Washington, DC, and then Concord.

MK: And how was it you happened to move to Concord?

CW: I married a Concord boy! When I met Ned in Washington, he explained to me that he was on the verge of returning to his roots and very much wanted to move back to Concord. And he was kind enough to stay in Washington on my behalf for a couple more years, and then we moved. But then we returned to Concord. And we've been here ever since.

MK: Stay in Washington on your behalf?

CW: I was working for a consulting—bank consulting firm down there and had—. I stayed there for about five years.

MK: So he offered to stay with you, and then the deal was you both go to Concord?

MK: And how did that sound to you?

CW: It sounded fine. Well one of the nice things was, when we moved up here, Ned's aunt and uncle, John and Charlotte Bemis, had one of the original acorn structures—houses—on their property. It was sort of a little cottage. And they offered it to us, so it was, to stay in for a while. So it gave me a chance to try living in Concord and living near Ned's family for a while, and so I could make a decision about whether we wanted to live in Concord. And I came out of it content to live in Concord.

CW: Well, it was pretty, lots of places to take walks. I liked the people here. I liked the sense of history. It just was a—. I mean—. At that point we had a baby, and it was a—. It seemed to be a place that was family friendly. That was true.

MK: Tell me more about your transition.

CW: I don't— . I can't think of anything more about the transition to Concord.

Carrie Kline: Can you back up? I've never heard anyone talk about being a corporate brat.

CW: Well, it's like a military brat, but it was--. In those days—. I mean men who worked for big corporations got transferred all the time. My father worked for Continental Can, and we—he got transferred all over the country. And I think people say IBM stands for "I've been moved." I think IBM was the one that kind of was the last vestige of that moving people all over the country all the time. So, that's the way I grew up.

CK: And who were your parents, by name?

CK: Can you talk about them a little bit?

CW: My father grew up in California, and, as I say, worked for Continental Can for many years. And then as I graduated from college, he quit his job and decided to go back to graduate school. And so he and my mother and my two younger brothers headed off to Madison, Wisconsin, for him to work on a Ph. D. in economics and my mother to go to work on a Master's Degree in Library Science. And then he eventually settled at—. Well, they both settled at the University of Delaware, where he taught Economics, and my mother worked in the library there and eventually became—well, she went in as head of the Agriculture Library and then became head of the Reference Department there.

And my mother grew up—. Well, she moved around a fair amount because of growing up during the Depression. She was born in Mason City, Illinois, and then they moved to Connecticut, and then she went to high school and spent the rest of her—you know—after that in Wilmington, Delaware. And she was a stay-at-home mother until she went back to school and then was a full-time, working woman for many years.

CK: 0:07:15.2 That transition sounds amazing, from moving around with Continental Can, and then your dad deciding to be an Economist and your mom deciding to get a Master's degree.

CW: Well, my family was always very kind of academically-oriented, so it was not that big a—I wouldn't say it was a big surprise to me. I guess it seemed like a—. It was almost a natural progression, I guess, I would say.

MK: So after you got to Concord with this young child, what kinds of interests did you pursue here, or professions, or--?

CW: I wasn't—. Well, I continued to work for my Washington, DC, firm for a little while, while I was living here, but working long distance was difficult, so I abandoned that probably after about six months. And I started doing the usual volunteer things of volunteering at my daughter's preschool and elementary school. I started serving on a town committee—the Balanced Transportation Committee. So I started getting involved in school and town activities.

CW: It was called "The Balanced Transportation Committee." As I— At the end of my three-year term, I think one of the Selectmen, possibly the town manager—I don't know who I talked to—asked me about this committee, and I said my—I guess asked me if I wanted to serve another term. And I said my recommendation was the committee was not doing very much, and maybe it should just be abolished. Eventually—and it was. (laughs) I don't know whether that was—. I can't believe that it was just on my say-so. I suspect they may have had some inkling that there wasn't too much going on there.

MK: What was the stated mission of the group?

CK: Okay. So when did you come to Concord?

MK: And were there other committees then?

CW: You mean in town?

MK: After that experience, did you get involved in other committees?

MK: Friends of the Performing Arts?

MK: Which of those is your favorite group to work with? I mean, not to the exclusion of any others, but which is the most compelling area for you?

CW: I've really enjoyed the Finance Committee. That was a fascinating opportunity. I learned a lot about Concord, and that was just fabulous. It was— The committee was wonderful. There were great people on the committee. We had great staff support. So that was a fabulous experience for me.

MK: And the function of that committee was to create a budget and manage it?

CW: No, the function of the committee is to review the budgets proposed by the Town and the schools and anything else that has any financial impact, and make reports to the community and advise them on the merits or demerits of these budgetary matters that would come before a Town Meeting. And I've also really enjoyed the Friends of the Performing Arts in Concord, which is clearly a very different kind of group. But it's a wonderful group of volunteers and a very shoestring operation, and it's been fun working with that group.

CW: For the most—. We rent a building that's a town-owned building. It was an old veteran's hall, and we rent it for a dollar a year from the town. And then we have the responsibility of maintaining it. And we have three primary tenants who actually kind of formed this umbrella corporation, organization, that I'm involved with. The Concord Players, the Concord Band, and the Concord Orchestra all do performances there. And then the Friends of the Performing Arts put on a couple of performances a year as fundraisers to help raise funds for the building.

MK: Of the upcoming events, are there some that you're looking forward to particularly?

CW: Well, we have a performance of—fully-staged performance of The Merry Widow coming up. I guess it's next week, not this coming weekend, but the weekend after that. And we did a fully-staged version of La Boheme last spring, which was sold out. Both performances were sold out, and it was just fabulous. So it's been— I don't have any background in the performing arts, so it's been really fun for me to see how all this gets put together and comes together.

CK: How about the Sustainable Energy Committee? It would be fun to hear some of the issues that they've taken up—that you've taken up.

CW: I was really there just in my role in the Public Works Commission. It was a pretty technical committee, and so really, mostly what I could provide to them was a lot of the people on that committee had never had any experience working with the Town, working with Town government. So I mean I could kind of explain to them how things got done in town and who they needed to talk with. But I was not there because of my expertise in sustainable energy. So you'll have to talk to somebody else about that committee.

MK: Can you suggest somebody that would be good?

CW: I can, but—oh, Peter Nobile is a possibility.

MK: What other areas should we talk about?

MK: Thank you again for this interview, and we're going to call your husband up now.

CK: And thanks for all the work that you're doing. You're one of those people who doesn't want the glory and is just doing, it sounds like, a ton of work. And rumor has it you've just received the award for Honored Citizen.

CW: Got the award together.

CK: What is it called?

CW: We were named the Concord's Honored Citizens for this year.

CK: What is that?

CK: What motivates you to do so much volunteer work for the town?

CW: I like the Town, and I guess when I first started going to Town Meeting I was very impressed by the—how many volunteer committees there were and how thoughtful and well-spoken the members of these committees were. And I was impressed by the fact that the citizens of the Town had so much input into how this town works. And I figured if I live here, I should be involved. 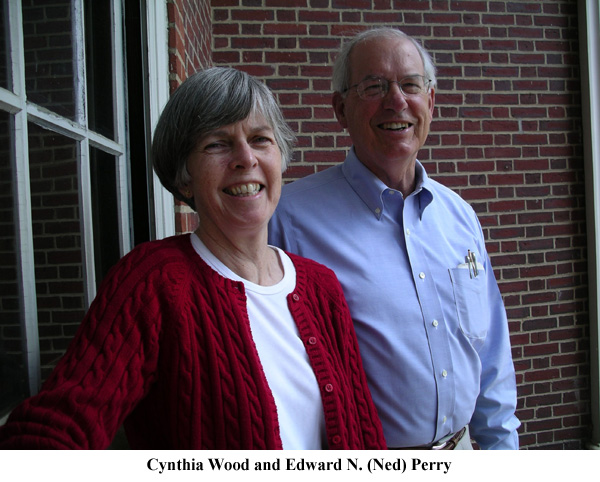 Back to the Oral History Program Collection page