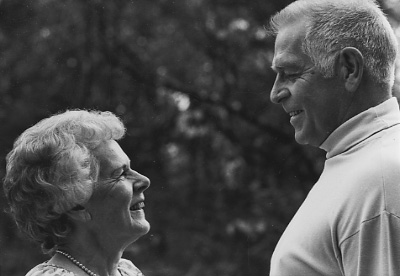 Rusty (Russell) Wheeler is the tenth generation descended from George Wheeler, one of the founding fathers of Concord. George Wheeler's corner was at Powdermill Road and the home is presently occupied by the Trustman family. Rusty and his wife Marian tell of the feud between George Wheeler and another founding father, Peter Bulkeley, over who had claim to the disputed nine-acre parcel of land. The issue came up so many times during town meetings that it became know as Nine-Acre Corner.

My home was the "plains" area of Nine-Acre Corner which included Powdermill and Plainfield Roads and roads that would subsequently bear the names of my grandfather, father, and uncle - Anson, Raymond, and Alden Roads, when the family

The family farm was basically a truck farm consisting of 130 acres where the crops were rotated regularly. The family felt fortunate to have both high and low lands. If. the lowlands were too wet the family could utilize the high- lands and vice versa.

As many as 25 men were employed year round. The many greenhouses the Wheelers owned could keep these men working through the winter. In the early 1920's the cost of operating a farm increased to the point where mechanization was begun.

Before spring would come the rhubarb would taste tremendous and sweet and was so in demand in the cities that we could afford to ship it by railway express to New York and Chicago. Oftentimes ships like the Queen Mary would buy a whole ship load before leaving from Boston.

My uncle Alden loved farming so much he would seem to just stand there and watch the crops grow.

My father Raymond was a tinkerer. He never bought anything new but would take the parts of trucks and anything else available for use. The vegetable washing machine that Raymond made enabled us to wash six to eight bushels of vegetables all at once, thus facilitating packing. He had the ingenuity to construct pipes and pumps and irrigate the land before most farmers in Concord did, drawing water from nearby White Pond.

By the time I was ready to go into farming, my father counseled me against it. He believed that the era of mass production had arrived in farming and that in order to be profitable, a farmer would require hundreds of acres.

Though farmers were too individualistic to form unions, the market gardeners of Middlesex County did form an association which used to meet every spring. Every few years the association would meet at our farm and have a good gabfest. Representatives from the Middlesex County Extension Service would be there to tell of the latest innovations in hybrid seed and fertilizer. Advisors from other states would be giving talks as well.

Because it was early spring, and the soil muddy with a great many ruts, fifteen to twenty cars would get stuck and require horses to pull them out. Because this seemed to happen with such regularity a team of horses would al- ready be standing there in anticipation.

Hard working farmers like my family had little reverence for one Henry David Thoreau whom they viewed as a "ne'er-do-well" who used to sit around and watch the birds and flowers. They regarded Thoreau as someone who just didn't want to do anything consistently.

Nine-Acre Corner was virtually a self contained community. All of the families were related through the Wheeler line to one another. There was a Nine-Acre Corner improvement association which held regular meetings as well as social gatherings.

During my boyhood the family farm went from the horse drawn wagon at age five to several trucks hauling loads to Boston. Delivery time to Boston by wagon took six to seven hours and could only carry half as much as the trucks. The trucks could make the same trip in 45 minutes. My father went to Detroit to bring back the first four-shift truck and by World War I our family was already using trucks.

Because we had the largest truck in town, my family was called on to plow many of the roads in winter. Elmer Joslin who was Road Commissioner for many year, loves to tell the story of the ten-ton holt truck.

The early snow plow was a wooden plow which ran on runners. The plow was attached to the ten-ton holt truck, which resembled a Caterpillar tractor. It was driven by Elmer and became stuck in the snow. In order to get it running again Elmer decided to pour ether down the spout and succeeded in blowing the bottom right out of the engine. 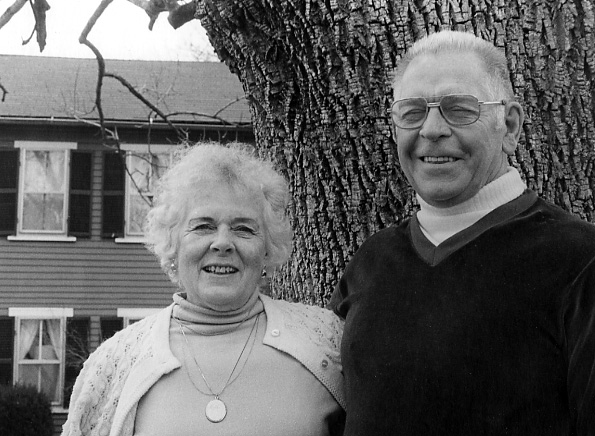