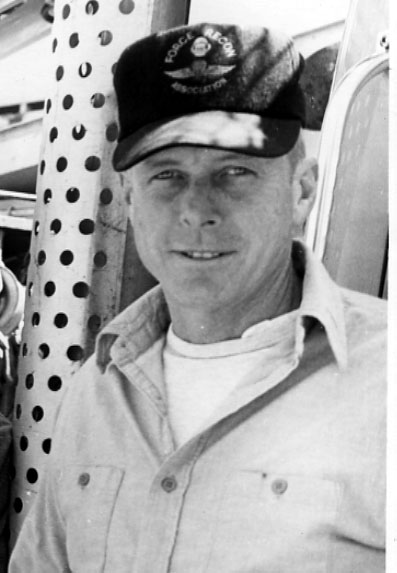 My grandfather opened up the Willow Pond in 1945. His name was Ross Ransom. The name Willow Pond came from where he lived in Carlisle. The Willow Pond is right where the towns of Concord and Carlisle meet. My grandfather had a bakery there during the war. Then he got out of the bakery business, and he bought the Willow Pond which was an ice cream parlor, and he turned it into a barroom. He called it a restaurant, but it was basically a barroom in those days.

My grandfather was a character. He was the perfect bartender because he always had a story to tell. He always had a different joke, just a real personable type guy. He just fit and looked the part of a bartender too. He would be out there with the work shirts on and the apron, talking to everybody. He always had a theory that when a guy was ready, nowadays they wouldn't care for this idea at all, but if a guy was ready to leave, he'd always go over and draft him another beer and give him one. He'd say, "If you give him one, I'll guarantee he'll buy two more from you." But that's the way he operated business and he did very well, extremely well.

He didn't hunt and fish himself but he used to have a lot of friends that did, and he would go to the camps and cook for them. All his friends would always come in with animals that were shot or people would pick up these stuffed animals and that's how the Willow Pond ended up getting all the stuffed animals. Then he put the aquariums in there and all the different fish. When I was younger, we used to go into Boston and pick up fish. He always had some kind of project going on in there.

The far end of the Willow Pond was where he lived, that is now the dining room part, that was actually his living quarters. He was real wild and he liked to drink. He would go for a long period of time without drinking anything and then all of a sudden he would just start drinking. Once he started drinking, he'd just walk out the door of the place and let the help run it. He'd disappear for three or four days, a week at a time. He'd take all the money out of the cash register and go, and when he ran out of money, he would come back home. Then he wouldn't drink again.

After a while, that caught up with him. One time he got sick and Dr. Piper told him that if he kept it up, he would be dead within a year. He used to smoke these cigars all the time, constantly have a cigar in his mouth and drank real heavily. After Dr. Piper told him that, he was at my house and I was just a little kid, and I was sitting there looking at him laying in bed. He quit smoking and drinking that day and he never drank again.

Here was a person who was serving beers day in and day out. I asked him one day, "Gramp, doesn't that bother you?" He says, "Bother me, of course, it bothers me. That first one that I draw every day I serve, I can taste it but I just know that I can't drink it, so I don't."

He's been dead about 18 years. He was a great grandfather. He took me everywhere. He had a place in New Hampshire on Lake Winnipesaukee. As a little kid, I used to go off every weekend to Winnipesaukee, I spent a lot of time with him.

As a kid, I would be down at the Willow Pond a lot. He'd always have something for me to do. He was good to me. He paid well. He always took good care of me. He used to have this boxer, Jerry, that drooled all the time. Nobody will ever eat in the Willow Pond after hearing this story. I'm in there working with him in the kitchen preparing stuff for the day, and the dog was in the other half where my grandfather lived, and he came out of the living quarters and came into the kitchen area and he had my grandfather's slipper in his mouth, and he drooled like crazy. The dog walked over to these big vats of pickles, because my ' grandfather made his own homemade pickles, and dropped the slipper inside the vat. I said, "Gramp, throw those out." He says, "Throw those out, hell, that's just adds more flavor to them."

It attracted people from all over, not just local people. He had good food there. He cooked all his life. He started cooking when he was 14 years old. He came from Lee, MA and he went to work at Valleyhead as a cook. My great-grandmother worked there. Valleyhead in those days was a real sophisticated dry out center for real high class people, so he worked there for years. Then he started the bakery business in Carlisle. Then he worked in Lynn at GE during the war plus he ran the bakery. My grandfather was married when he was 15 and his first wife was right from Ireland, and she died shortly after my mother was born. He was raising two young girls at age 17 or 18. Of course, in those days, I guess getting married young was a common thing.

I don't know what brought him from Lee to Valleyhead but more than likely the work. The war then broke out and he married my step-grandmother, Emily, and she worked at Valleyhead. When the war broke out, they both worked at GE in Lynn and he ran the bakery also. He saved up some money and that's when he bought the Willow Pond. I think it was McManus's ice cream parlor.

He couldn't have opened it at a better time because all the guys were coming back from the war, and they were getting their checks from the government, and they used to put a lot of time in down at the Willow Pond. He supported the Concord Yankees which was a baseball team around here in those days. He finally said he had to give that up, it was too expensive. He said, "I wasn't only paying for all their uniforms, I was paying for all their beer too." After the game was over, they would all come down to the Willow Pond and drink on the house.

The place was busy from the first day he opened the doors. Then on Saturdays, he used to set up a movie camera and show cartoons down at one end of the restaurant, and the parents could bring their kids and they could watch cartoons, while the parents could eat and drink.

[Ownership of the Willow Pond Kitchen passed to Gordon's Aunt Mary and her husband Peter Sowkow, who currently manages the restaurant following her death. The National Park Service of the Minute Man National Historic Park owns the land as part of plans to restore the Battle Road. The Willow Pond Kitchen is on a temporary special permit and will be closed and the building removed. As a roadside gathering place, the Willow Pond Kitchen has acquired national stature with listing in travel books and through word of mouth as a Concord landmark with distinctive character.] 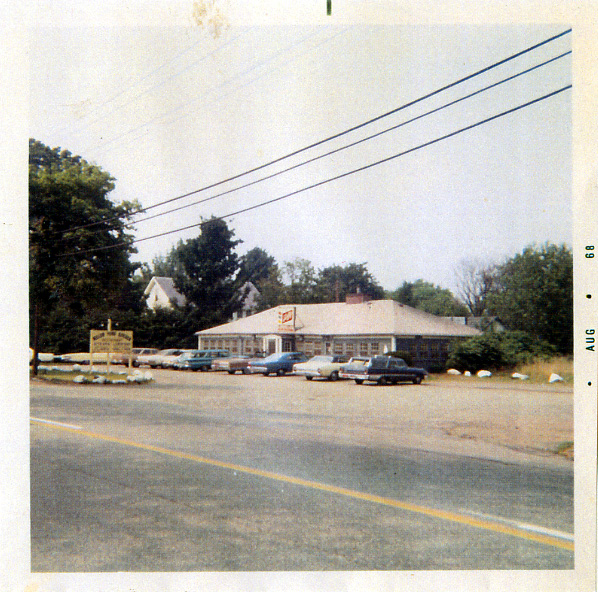