My father came to Concord in 1897 at the invitation of Dr. Edward Emerson, who was about to retire. Dr. Emerson was a horse and buggy doctor who lived near the center of town. He kept two horses, a carriage and a sleigh so that he would always have a fresh horse ready to go into the countryside.

There was no hospital in Concord at the time, so all the medical work even surgery was done in people's homes or in the doctor's office. My father was instrumental in the group that organized the Deaconess Hospital which is where the Emerson Hospital is now. That opened in 1916 with just four beds.

My mother and father were married in Concord 1899. They had eight children so we had a lively time being brought up here. Concord was a very small town at that time and we knew almost everyone here.

In the summer we would go to Lake Walden to swim. We would start at the top of the hill of what we called "the point". We could run down the hill and dive into the pond because the shore went off quite steeply right there. We also swam at White Pond.

And in the summer we tramped all over the town; we knew it from one end to the other. We also knew the rivers, the Sudbury, the Assabet, and the Concord. We took picnics and went off for the whole day. There was no organized activity for the young at that time so we would have pickup games of baseball anywhere in town.

There were mostly horses and buggies in those days but there was a streetcar that came from Arlington Heights, through Lexington and Bedford to Concord Center, up Sudbury Road, down Thoreau Street to Main Street, and on to Maynard. They came quite frequently as I remember, and in the summer, there were open cars which was a lot of fun.

In the winter, we liked to go skating at the ice pond on Lowell Road where there was an ice house. We would skate around the holes they were making as they were cutting the ice. We also went "punging", and our favorite driver was Mr. Mason, the ice man. He had a big pung with wide runners so it was easy to get on and off. We would run along with him off and on the pung. He was very kind to us. But when we would get a long way from home, he would whip up his horses and go like mad and sometimes whip us off, and some of us would be a long way from home. So we would have to find other means of returning.

My mother was a graduate of Wellesley College in 1898. There were not many women in those days who went to college. She felt that girls were as brilliant as boys and that girls should have more educational opportunities. She started in our house on Lowell Road a small school for kindergarten age using the Montessori method. It was successful and grew. It moved to the DAR house and then eventually moved to Belknap Street.

In 1922 a group of parents got together to establish a school more permanently. The school my mother had was the forerunner of Concord Academy, which is still going now and is a very well known boarding school.

One of our neighbors on Lowell Road was the McDonald family. Mr. McDonald was the minister at the First Parish Church for many years. It was a small neighborhood of about 7 or 8 families but we reached out much further than that for our games. There were many Smiths in Concord. The Henry Smith family lived on Main Street, and there were six sons. Five of them settled in Concord and had many children so there was always a Smith around.

For several summers I attended a music school which I enjoyed very much. It was run by Mr. Surette, who was born and lived here, and it was primarily to teach music teachers. It was very well known, and people came from various parts of the country to attend.

I also remember attending many performances of the Concord Players. They gave their plays in Monument Hall before they moved to the Veterans Building where they are still performing their plays. They continue to be a very active and thriving organization.

One occasion I remember very well was the celebration of April 19, 1925. It was blustery weather with snow and ice still on the ground. Mr. John Buttrick, a descendent of Major John Buttrick, was the leader of the sham battle they put on at the North Bridge. A group of us were out on the float of the boat house which was down stream from the North Bridge. The float separated from the boat house and we started to float down the stream with the ice in the river. It was a very memorable occasion. 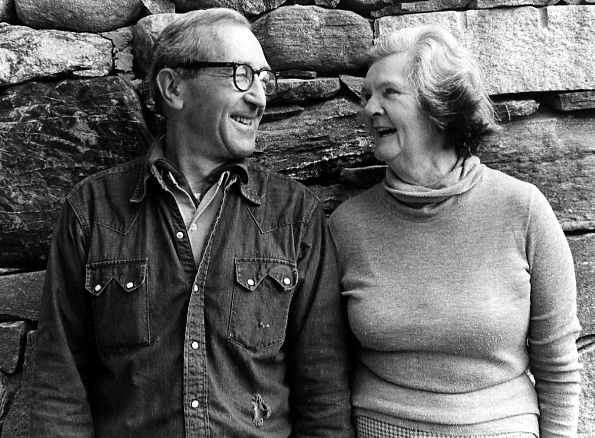 Edgert Newbury: A Comparison of Town Government in Concord: 1945 with 1979.

In 1945 when I ran for Selectman, there were three Selectmen. In those days the campaign of a Selectman was a very simple operation, it cost nothing, no paid ads, maybe a letter or two in the local papers. The town was simple in comparison then with a population of about 7500. (Though official figures read 8300, 800 inmates from the Reformatory are included in that figure.)

At the 1945 annual town meeting we considered the question of voting machines and decided against it, that it was too expensive. We did decide to divide what had always been two voting precincts, Concord and West Concord into three. At a later time I was chairman of the committee, we divided the three into the present six precincts.

In those days the townspeople picked out someone they had confidence in and then did not tell them how to vote on each issue as it came up, not that they didn't disagree with them on certain votes but generally there was not the constant direction. At Selectmen's meetings, seldom did we have anyone coming to hear what was going on. The newspapers on occasion sent someone around to record action taken, but usually that was when some spectacular issue was at stake and not week by week. That was of course before the open meeting law and we felt perfectly free to suggest to anyone present that we would like to work in executive session. There was nothing sinister about this at all, it was an opportunity to match ideas one way and the other way and finally come to a consensus of the board how we would vote on that issue.

Frequently we finished our Selectmen's meetings by ten o'clock in the evening, we met as they do now weekly except during the summer. We had a very efficient executive secretary, Elizabeth F. Brennan, who retired in 1952. During her term as secretary to the Board of Selectmen for 18 years, she was also secretary to the Planning Board, Board of Appeals, Building Inspector - she had multitudinous duties and she handled them all. Really government was considerably simpler then. I don't say it was better that way and I understand the need for more complication but I am somewhat of the opinion that the less government, the better.

The Pasture Club was started 26 years ago by Robert Parks, a former Selectman and proprietor of the Howard Johnson's Restaurant. The idea was that the wise, old retired Selectmen would tell the present board how they ought to run the town. The meetings have always occurred in an easy going, jocular manner. We have honored some of the town employees who have retired after service, such as former town clerk, Connie Lawrence.

There was one town meeting that created quite a stir, in 1946. 650 people gathered at the Veterans Building on March 4, with 500 more voters waiting outside. There was a tumult over the building of more parking spaces and one of the suggestions was to enlarge town parking by utilizing some of the Catholic parsonage area behind Vanderhoof's store. I decided to postpone the town meeting to April and arranged to connect the auditorium and parish hall of the Trinitarian Church with the Veterans Building by means of a two way radio. In future years we connected the old Emerson building with the Armory by two way radio. We did find that because of the cushioned seats at the Emerson building as opposed to the hard chairs at the armory, that people were going there instead to listen to town meeting. We made a rule that the Emerson building would not be opened unless there was an overflow at the Armory.

I think people talk too much at present day meetings but I also believe in an unlimited town meeting because it gives the individual citizen his one chance to say exactly how he feels about a particular issue. People do not seem to read their town reports nearly as carefully as they formerly did. Quite often in the older meetings, someone would rise and say to a department head, "you said in your report ... " That seldom occurs nowadays. The reports are even further cut back now. Up until the 1950's town reports recorded all of the births, marriages and deaths in that year and this was a handy source of reference. Admittedly the reports are getting more and more expensive.

I have been a member of the Social Circle for many years. Most of the members of the Social Circle have served the town in one capacity or another so they are interested in what is of importance to the town. There is no sinister backroom decision making as has sometimes been implied. It is strictly a social organization and it is up to the host as to what for the discussion will take.