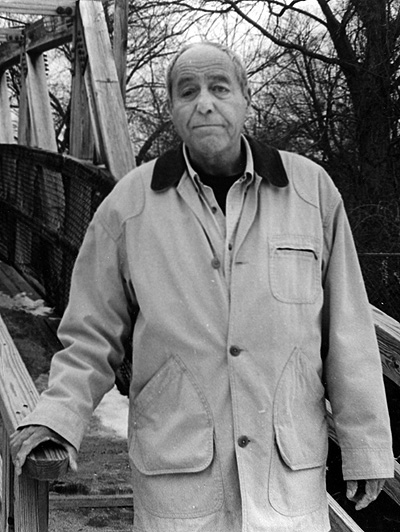 The owners of Maple Real Estate Trust are Joe Collins and Conrad Ulbrick. Joe Collins is in Boston and Conrad is in Maine. Maple Real Estate Trust was formerly Bradford Furniture and before that it was the Allen Chair Company. The same owners acquired the company somewhere in the 1970s. Bradford Furniture is on Bradford Street. There are four buildings there - numbers 23, 33, 43, and 53. 53 Bradford is the boiler room.

At 152 Commonwealth Avenue it was the leather shop when we acquired it. The three buildings included a wood framed warehouse building, a single story wood frame building, and a two-story brick and block building. Shortly after we acquired it, the warehouse building collapsed. We rebuilt that and it is now a steel warehouse. We have offices and manufacturing in the wooden building and the steel building. In the bottom floor of the brick building I have three tenants, one of which is the bakery. On the second floor of that building over the last couple of years, we've built out 20 studios. We have the same mix of people such as photographers, artists, graphic designers.

I started working for the Dover Ski Binding Company in 1968 and worked for Joe and Connie shortly after they bought the business. I worked there until 1983 when the business was sold. The business was just making ski bindings. When Joe and Connie bought the business, they wanted to expand into other product lines associated with the ski business. At the time I was working for an automotive after market equipment manufacturer in Everett, MA, and they hired me on to do product development and run the shop. We continued to make ski bindings, but we also expanded into cross-country skiing equipment, ski racks for cars, boot trees. We also got into bicycle racks, automotive luggage carriers, boat racks, canoe racks and a complete line of car top carriers.

The Dover Ski Binding Company was originally started by two Norwegians, Leif Nash and Odd Obergaard and I'm not sure when. They came over from Norway and decided to go into the ski business. They were very successful in that they were the sole suppliers to the military for ski bindings. They owned the business until 1966 when Joe and Connie bought the business. I did all the engineering and product development and ended up running the shop. When the original owners owned the company, they only made ski bindings which were becoming obsolete. The new products kept the business alive until we were able to catch up with the latest binding technology. We had to get away from the old cable type bindings and get into the step-in bindings.

The cable bindings were basically a top piece which engaged the toe at the ski boot, then was a spring loaded cable that went around behind the heel of the boot and usually nested in the groove that was built into the heel of the boot. The theory was that if you fell and your leg twisted, the top piece was on a swivel so that your toe could swivel out of the toe piece and help prevent you from breaking your leg. In a forward fall, your heel raised off the ski and when the force was sufficient, the cable would at least let your heel out of the binding. So theoretically at least, the binding would save you in a forward fall or a sideways fall, but not always.

In the new bindings, you engaged the top piece with the toe of your boot and then you just stepped down and the binding closed on your heel as you stepped down. We didn't develop that. The Europeans did, but the whole industry went that way. Most ski equipment but not all are made overseas now. We had a great demand at the time.

Just about everybody who worked at the Dover Ski Bindings were local people. Henry Berlied started working there at age 15 and I don't know how many years he put in but he never left. He stayed there until 1983 when the business was sold. Roy Anderson was another one. I can't think of the names of other old timers but we hired a lot of young people, high school kids and college students who worked during the summer. It was a great job for a young person assembling ski bindings and assembling ski poles and ski racks and so on. We would over the course of the summer fill that 12,000 square foot blue warehouse with ski bindings. Then in the fall, we started shipments to the ski shops around the country. At one point we were making and shipping up to 3000 cross-country ski bindings a day. Those were shipped mostly by truck.

I've seen West Concord center change over time. I can remember the Whistle Stop at the train depot and the popular spots were Trudy's Barroom and also Lahiffs. Those were the two spots you could get a cold beer at the end of the day. Of course, the ever popular Forbes 5 & 10.

Manufacturing is not going overseas, it's over there now in a lot of the tech support, so we've really lost the base and it's evident everywhere including West Concord where the manufacturing is all gone. Now we have the small office spaces and artists and that type of thing. That won't go on forever because there are more and more vacant property coming up because manufacturing is continuing to leave, and there won't be the clients to fill all this space, so you can see the trend in West Concord and other places going to condominiums. Eventually I can see the Bradford Furniture complex going that way and also the buildings on Beharrell Street and probably 152 Commonwealth Ave. also. We're likely to see significant changes in ownership. The location of Atlantic Prehung Doors on Domino Drive is being converted to condominiums. That's probably the future with the loss of manufacturing. 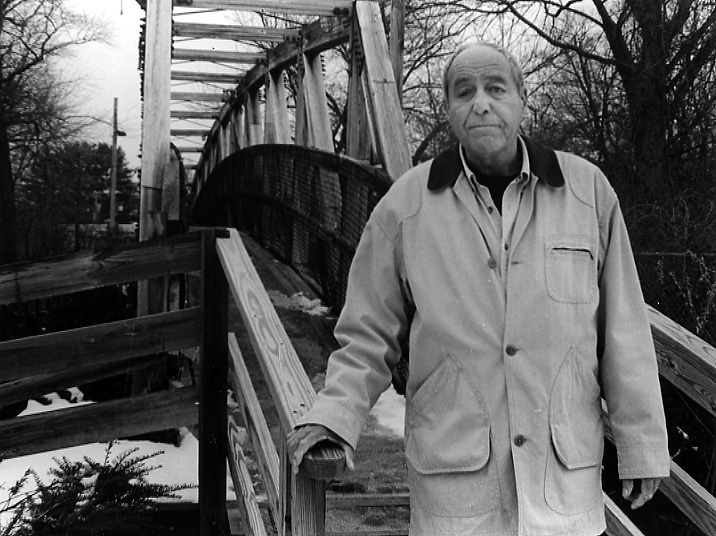