An Oral History with his son David 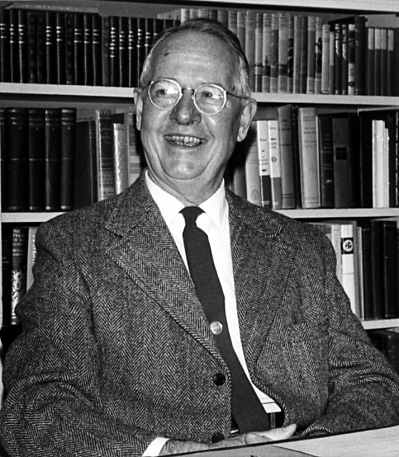 Much of the way Concord Center looks is attributed to the architecture of Harry Britton Little. He served his town through his architecture, the profession and the man, according to his son David, were inseparable.

My father loved the practice of architecture. He maintained that proportion is the key to good architecture and that style is incidental. If a building was well proportioned you could finish it off in any style.

The Victorian exterior of the Concord Free Public Library, originally built in 1872, was enlarged and remodelled to an English Georgian style in 1934. He added a wing on each side to the existing octagonal building, and a deep facade across the front. He tore down the narrow entrance, refaced the brick, and changed the roof.

He was also the architect for the Concord Antiquarian Society, the Trinitarian Congregational Church, the Loring N. Fowler Memorial Library, the Middlesex Institution for Savings, Anderson's Market storefront, the wing of the Middlesex Mutual Insurance Company on Monument Street, the former Consolidated Gas Company building on Walden St. (now Placewares), the chancel for Trinity Church, Crosby's filling station, and the Fenn School dormitory.

He designed homes for Berkeley Wheeler, Horace Arnold, as well as his own called Littleholme along Simon Willard Rd., for Brooks Stevens on Lowell Rd., and William Buttrick on Monument St. He was most interested in pleasing his clients, not building a monument for himself.

And Concord almost had a movie theatre, located where the Concord Bookshop is now and extending to the parking lot. He designed it like the inside of a camera, where patrons would walk up into their seats. In addition to some local opposition to the theatre the project ultimately was scrapped when it was determined that Concord would be unable to show first-run movies since it fell within a certain mileage distance of Boston. And the town of Maynard, located outside of the mileage parameter, built one instead.

Harry received his training at the Harvard Graduate School of Architecture from 1907-1909 and the Atelier Duquesne in Paris from 1909-1911, during which time he was able to see French architecture at its best and he took full advantage of the opportunity.

My father's mind was diverted from the study of architecture by a talented young pianist whom he would marry, Miriam Barrett. And since Barretts have lived in Concord since 1639, my mother followed in the true Barrett tradition that living anywhere other than Concord was just visiting.

At the time Harry was working as a draftsman with the Boston architectural firm of Cram and Ferguson, and was much influenced in his professional life by Ralph Adams Cram and his interest in the Gothic style. My father was given increased responsibility for the design of the Cathedral of St. John the Divine in New York City, with most of the west facade considered to be his work.

The house that he built for his family on Simon Willard Road, Littleholme, showed his admiration for the 17th century architecture of Salem as seen in the Essex Institute, The roof line is complicated with dormer windows and gables; the pitch of the roof is high and steep in the manner of the 17th century houses of Essex County. In places the second floor overhangs the first, again a 17th century detail.

The front doorway resembles the doorway of Captain Thomas Poynton's house now in the Essex Institute, and has a pineapple at the top, a feature of hospitality not previously seen in Concord. And the turned spindles of the stair rail would have delighted Samuel McIntire, Salem's well known architect and builder.

Harry had great skill as a machinist and a lifelong love for fine automobiles, which he enjoyed taking apart and putting back together. We both shared a love of Concord's rivers, though my father's adroitness in a canoe was even more remarkable since he could neither swim nor float.

He was a quiet and modest man, with a love of the theatre, and to his family's surprise was an avid participant in the Concord Players from the time of its inception. He performed in 20 plays from the organization's beginning in 1919 through 1941. As a dignified, somewhat pompous, and certainly mutton-headed butler on stage, he was superb. He was elected president of the Concord Players in 1936, and served in varied capacities building scenery and as stage manager.

During the 1930s, he served on the Planning Board and the town's welfare was always very dear to him. His work took him across the country, and in an era before modern air travel, on too many tiring train rides. While often part of an architectural team on major projects, the north transept and the College of Preachers of the National Cathedral in Washington D.C., were almost entirely his work. If his ability as an architect were to be judged on the basis of any one building, he told me, the College of Preachers is that one.

He began work on the National Cathedral shortly after he joined E. Donald Robb and Philip Hubert Frohman as a partner in the architectural firm of Frohman, Robb and Little in 1920. Although the firm had many other commissions during the 22 years remaining in his life, commissions for which he was responsible wholly or in part, the Washington Cathedral was, from that time forward, the dominant force in Harry Little's career.

Many of the workmen on the project shared that dedication. The master stonemason had looked forward to setting the carved stone cross on its summit but had become too ill to work. On the appointed day he came, set the cross in its place, returned to his home, and died.

Harry died at his home in Concord on April 4, 1944 at age 61. His contribution to the National Cathedral was honored on May 8, 1968 by a carved terminal stone on the west wall of the north transept dedicated to his memory. Trailing arbutus, the state flower of Mass. adorns the stone with its symbols of the central tower and facade of the College of Preachers, the codfish of Massachusetts, and the emblem of the American Institute of Architects of which he was a member. 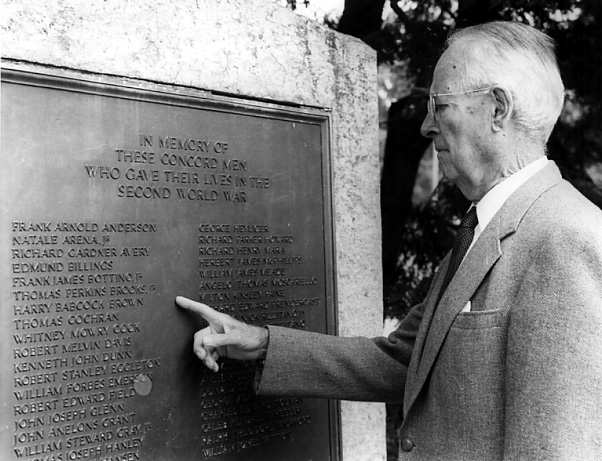