The Founding of the Fenn School
Roger Fenn 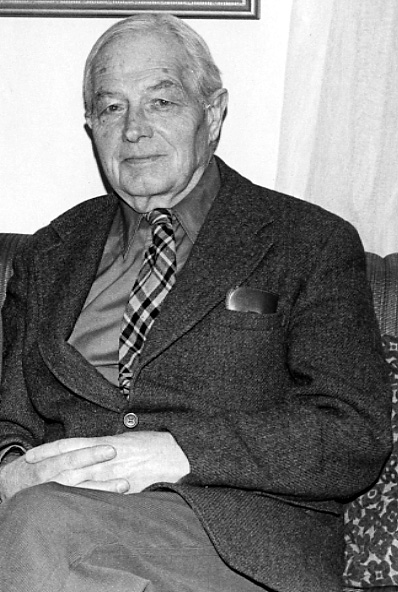 It was with 53 young boys and high hopes that the Fenn School was started in September 1929.. Prosperity lasted just a few weeks before the stock market fell as it had never done before and the Great Depression was upon us. We were so involved in running the school that we didn't realize what a serious situation it was.

I had been teaching at the Middlesex School in Concord for 14 years and was anxious to start a school of my own for young boys, an age level that I enjoyed working with. The public elementary schools had a predominantly female faculty which was unable to coach young boys in athletics and group games which are so important to character building. Neither could the large classes of the public schools both provide the close, friendly, easy relationship between teacher and student and be able to individualize their teaching style according to student needs.

When a 5 1/2 acre farm on Monument Street became available in 1928, we purchased the property and while still teaching at Middlesex set about the task of preparing the school to open September 25, 1929. A promising young architect, William F. Kussin, was hired to design the school, which was truly a one-horse farm with chicken houses around it. We began renovating the farmer's house and stable behind the house picking up hay and you know what underneath.

It was my wish to found a non-profit institution run by a Board of Trustees rather than a proprietary school. I succeeded in finding a Board of Trustees and enough parents who agreed with me that the time was ripe for such an institution. The design of the classrooms reflected my philosophy of education. Each classroom was set up to accommodate ten to twelve boys with chairs placed around the table for discussion purposes rather than having the teacher stand in front and propound his principles. We wanted a give and take between student and teacher and for the student to learn how to work out the answer. The student was not to be likened to a tank of gas in an automobile to be filled by the teacher, but instead had to come to school and develop the habits necessary to get his own education. I saw a comparison between the school boy and the colonial adult in 1775 who left his plow and stood at the bridge facing the British troops for the opportunity to run his own government as a free citizen. Running his government was up to him and his responsibility.

And so in our school, getting an education was up to the boy, and we took the motto "Sua Sponte," which means on his own responsibility, writing it under the statue of the Minuteman at the bridge for our emblem.

When the Fenn School opened its doors tuition for day students was $400 a year. For many years the student body was divided with one third being day boys from Concord, on third boys commuting from neighboring towns and after the first few years, one third as boarding students paying up to $1,250 a year.

During that first year the school survived due to the ability of the staff to stay within their allocated budget and the parents who were extremely loyal to us and paid their tuition bills on time. When graduation day came in June of 1930, several of the trustees came up close, nudged me and whispered, "How much do you need to get you through financially?" I had the pleasure of telling them, "Absolutely nothing."