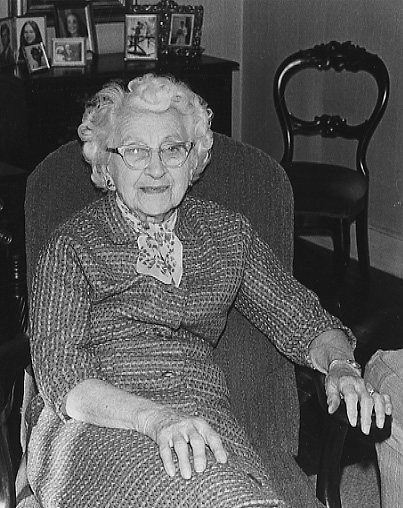 We came to Concord in 1921. My husband was an entomologist working for the Department of Agriculture. He had come here to work in the laboratory to find a control for the corn borer. At that time the laboratory was in Arlington, and we lived on Barrett's Mill Road. We had a little Ford but my husband usually took the train from the Reformatory Station, which was near Barrett's Mill Road.

In 1925, my husband started his own insecticide business, which handles materials for the control of insects that damage greenhouse plants and orchards. He started the business in the basement of our house. Two years later he moved his equipment to West Concord. He sold to all the nearby greenhouses that grow vegetables. Then he sold to the cranberry growers on the Cape and orchard growers in New Hampshire.

Practially every young boy in West Concord had worked at his plant because it was a place where they could work for an hour or two at a time after school. It was through this that he gained the nickname of "Bugs". As late as 1979, when we would drive into town, some middle-aged man would call out, "Hi Bugs!".

We had six acres at that place and we grew asparagus on that land. Concord was quite known as asparagus growing farm places. Theasparagus was cut during the day by a special tool. Part would be cut by my husband before he went to work and part by school boys that came in to work. Then it was bunched and set in trays of water to keep it tender. Then it was packed in bushel boxes, set out by the roadside, and a truck would come along in the evening and take it to market.

Another neighbor was Charles Sheehan, who lived next door on our left. Our children considered it a real prize if they could ride in their horse and buggy or on their sleigh. Our children attended the Concord center schools because the dividing line was between our house and the Sheehans.

I understand long before our time, they had their own school out here. It was a town school of course, but it was where this area went to school.

We had our own social life out here. I well remember the parties we had at Esther Anderson's farm where we shucked colored corn to hang on our doors for Thanksgiving. Our house is built in what was the orchard for the farm where the Trustman's now live on Powder Mill Road. The farm was then owned by a Mr. Miller. This pond behind the house was where our children used to canoe. If they didn't have a canoe, they went on asparagus boxes from Mr. Miller's farm because he grew asparagus. These boxes would float on the water.

This house was known as The Green Apple Tea Room, which also sold antiques, and there is a box in the attic which confirms that. Sudbury Road and Old Road to Nine Acre Corner were the only roads to Sudbury, and it was not a good place for a tea room or selling antiques. It was not a well traveled road then. But there are times today when I have to sit in my car in the little triangle where the roads meet to wait to get in my driveway especially in the late afternoon when it's commuting time.

My husband was the secretary of the Chamber of Commerce at the time there was a wish to change the name of Concord Junction to West Concord. It was rather controversial because many people wanted to keep the Junction. The Chamber of Commerce was quite influential in getting the name changed. We were very pleased with this because being outsiders we could see there was a noticeable feeling between Concord and Concord Junction.

As a neighborhood group, we sewed for Emerson Hospital at the Hallick house. The farming area at Nine Acre Corner was greenhouse farming of vegetables and the Hallecks were one of those farmers. They were not newcomers like us but they had not been here for years either.

During those early days, there were differences that existed between the Catholics and the Protestants for some people. This existed as well as the difference between Concord and West Concord. 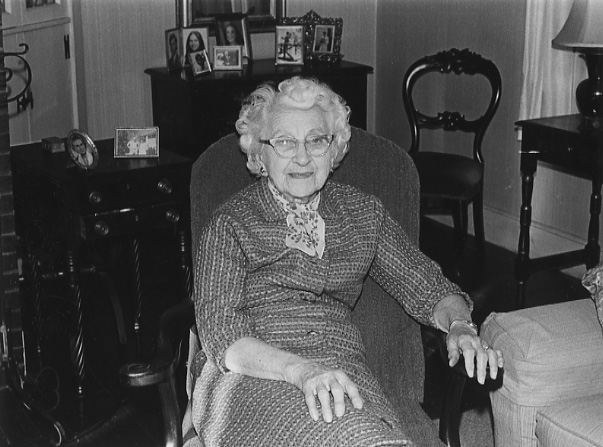