No tape made at interviewee's request. 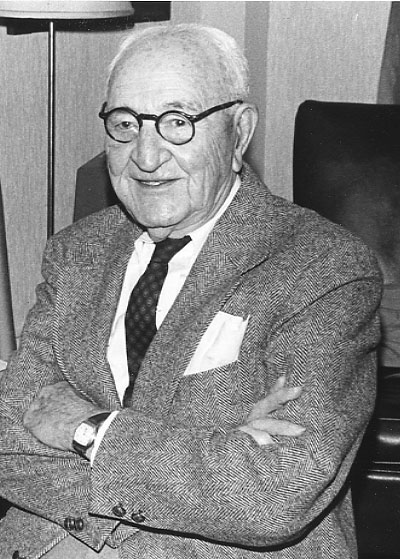 My father came to Concord in 1872 to start a provision store and established a general store that sold meat and vegetables and was called after him, Nathan A. Davis. He was a great hunter and sold and received a lot of game shot by local people. These used to hang outside at the entrance to the store. He had quite a corp of men working for him. His store was located on Main Street where the shoe store is now and he lived on Monument Street.

He used to go into Boston to get specialties and bring them out with him. Most of his time seemed to be spent on the railroad and he would leave as early as 6 a.m.

Other shopkeepers that I remember at the turn of the century were J.D. Murray, a representative of the S.S. Pierce stores, Whitcomb's store sold newspapers and a variety of trinkets, W.D. Cross ran a dry goods store, Daniels a jewelry store, Bartolomews a fruit store and Urquart's a bakery in the alley of Independence Court, where Pat White ran a blacksmith shop. The county jail was where the present priest's house is now and was quite a political place then. The Middlesex County Courthouse lawyers would stay at the hotel which had a covered sidewalk and had places for chairs that went out over the sidewalk.

Where Snows is was J.C. Friend's apothecary shop. He had the only telephone in Concord for a while and got all the news of the Spanish American War. Above him was a dentist by the name of Towns. A club room looked down on Walden Street and had billiard tables for the businessmen of Concord. Miss Buck's next store on Main Street was another dry goods store.

On the other side of Main Street (east to west) was Wolcott and Holden's grocery store, a chinese laundry, Hopkins harness shop and Towle-and Kent's grocery which later became Anderson's, then the Concord National Bank, Fitzpatrick's blacksmith shop where the Harvard Trust is and the Middlesex Institute for Savings was a field. Mrs. Pritchard's block house, actually used at one time for defense against the Indians stood here before it was moved to Lowell Street, and then came the old burying ground.

On Walden Street there was the post office, with mail wagons in the back, Ed Tuttle's fish market, Middlesex Motors was then Horace Tuttle's livery stable. On the other side of the street next to Friend's, Tom Petersen had a clothing store.

I grew up during the era of horses and bicycles, where the front wheel was large and the back wheel small. We used to make our own fun and spent a lot of time in the woods. It was a wonderful childhood more akin to Huck Finn's than today. We were independent and free, enjoying canoeing and camping along the river from Fairhaven Bay to the Carlisle bridge. Mr. Brewster, who owned the October Farm, on Monument Street, was a great naturalist and had campsites along the river. We used the river a lot and swam in the Concord River. I also did a lot of studying on the river.

I attended the Concord schools and was in the high school graduating class of 1908 with Elmer Joslin. It was an excellent public school system and a Mr. Bill Eaton was a marvelous school superintendent.

My brother-in law was Charles Edgarton and the Edgartons, the Berkeley Wheeler's and the Davises all rented cottages on the Cape together. Bill Towler used to chauffeur and drove for Charlie Brown who started the taxi business in town.