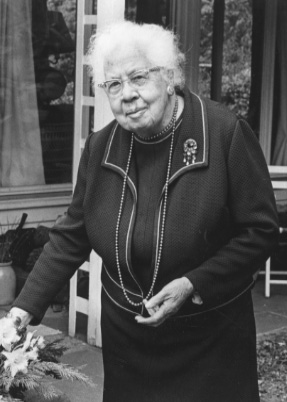 I was recently asked by the Thoreau Lyceum to listen to a letter that Anne McGrath had received before any publication was made of the letter. It was a story written by Ina Clark telling about the day she saw Thoreau's Cabin being moved.

Ina Clark was my father's cousin. She lived in the house next to ours. I was very happy to hear what she might have said about seeing the cabin moved because I was well aware that she wasn't living at that time. The story was quite interesting. She said that she was living at her grandfather's house on Estabrook Road and told about coming across to the "Plain", which is where we lived here on Lowell Road, and about Aunt Sukie, which was all very legitimate. Aunt Sukie did live here on Lowell Road and was a most interesting individual.

Then Ina told about one day seeing the oxen coming up the road bringing a house, so she called her mother. Her mother told her that house was being put up the road for a man that wasn't very well and he was going to live there.

Well, after that story was read, I had my grandfather's dairy at hand. It was my grandfather who moved the building, as he called it, from Walden Pond to his father's house on Estabrook Road, which is where Raymond Emerson has been living during his later years. My grandfather's dairy said the house had been moved on November 3, 1849, and I also had my birthday book in which Ina Clark had written her name and birthday, November 13, 1870, so you see Ina was not around at the time the house was moved. She had been relying on a story some of the family had told.

Some question was raised if Ina's mind was just a bit weak and she was just imagining all these things, and I said "Ina Clark's mind was as clear the day she went to Sleepy Hollow as it was the day she wrote her name in my birthday book." She was just writing a story for children to enjoy. Her sister, Harriet Clark, was a marvelous teacher of the lower grades and perhaps Ina was writing a story for her children. In those days children were read stories and I just thought perhaps she was just following in the footsteps of Louisa Alcott and writing an enjoyable story for the children. So when all is said and done I'm just glad I'm still alive today so that posterity will have the truth about that story.

So Daniel was the youngest son and he stayed in the house caring for the family. I understand he was a very thrifty person, and from what I have seen in the home over there, I knew whatever he had he bought very judiciously. Although it was a plain country home, there were very nice pieces of furniture some of which I have here in this house.

Since he was a bachelor, he passed the property on to his nephew, Cyrus Clark, who was a well-known character in my day. He, too, was a bachelor but he had married briefly and his wife had passed away. But we always thought of him as being a bachelor. He was quite well-known in town for being quite aberrious. My father used to say to him, "Cyrus, why don't you spend your money and have a good time?", and I thought his reply was very well put, "Well, if whoever gets it enjoys spending it as much as I have saving it, it's all right with me." Cyrus lived to be well along in his nineties, I think, 96. In his last illness, he wouldn't take a pill, no, he was going to get well without any medicine.

He always wore a white shirt, at least it stayed white as long as he kept away from the barn. But he had an affinity for the barn and the cows were his real love. So his shirt wasn't very white by the end of the day. He was also quite a character around here because he believed in the laying on of hands to cure everything. One day he was here at our house and mother had a headache or something, and he wanted to lay on his hands and my mother said, "Oh, that would make it worse than ever!"

However, we always enjoyed him because we could hear his voice way across the field calling to his horse as he worked, "Come on, Kate". The horse was a real part of his life.

When Cyrus passed away, the property went to his niece, who was a sweet little lady, and Raymond Emerson finally became the last purchaser.

I might say at this time that when the covenant of the Unitarian Church was drawn up, Benjamin Clark and Thomas Estabrook were the first signers of that covenant. They were the only residents of Estabrook Road.

Now, I probably should tell you about what is now called Hugh Cargill Road, to us it was always "the Lane." In fact, in the days around 1850, my grandfather had land up the Lane and the Hill, where there are now houses. He planted great vineyards and great apple and pear orchards. He experimented with many different types of pears and apples. In one place he tells about planting five hundred apple trees and two or three hundred peach trees. I don't know exactly where he planted them but it would be all over the area around the Lane, and he also planted them along Lowell Road. In his later years he bought the adjacent farm, and that was where he did his experimenting with strawberries and asparagus. In fact, I believe he introduced those two crops to Concord. He sold his first strawberries to the Colonial Inn for 50 cents a box, which was quite a tremendous price in those days.

The trees that he planted along Lowell Road adjacent to his property and on his property were of all varieties. I can remember as a child waiting for the school barge eating some of those apples, which were from the trees he planted.

Farmer's Cliff Road is named after Jacob Farmer, whose farm my grandfather had bought. When my brother took over our family farm here and the opposite side of Lowell Road and he decided he could no long continue farming here, he sold the land into house lots. The street that was put in was called Farmer's Cliff Road because if you go to the end of the road, you will see a cliff.

It is hard to pin down exactly who owned what land way back because they would swap land around. First land up the Lane would belong to Joe Clark then John and then George but when it belonged to my grandfather, that's when he planted the vineyard and orchards. 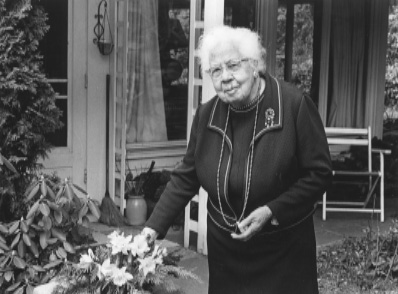 At one time, but I'm not sure just when in time, there was a soap factory up the Lane also. But as a child I can remember seeing sort of a wall built up and two big iron kettles, in which I suppose the fat was fried out as they called it. There is also a little man-made pond there where the soap factory used to be. I don't know anything beyond the fact that there was a factory there. I saw the ruins of it. But that is something in history that was never recorded. People just knew about it and forgot it.

I might speak now about the houses on Lowell Road because so many of them have disappeared. All the houses were built four- square, there were no cottages, all white built right next to the road facing south. Now you can count very few of them in existence, most of them burned. People were very careless with their fireplaces and with the ashes. Right to the Carlisle line I can remember different houses burning.

All along Lowell Road there were these lovely old square houses, and the families were mostly Melvins and Davis and Dakins and they seemed to intermarry. Then the people on Estabrook Road, my family, the Clark family, married on Monument Street, the Flints and the Balls, so there seemed to be areas in which the people intermarried. The area around Nine Acre Corner was where the Wheelers, the Parmenters, and the Rices lived and they all married Sudbury, Lincoln, and Concord people. The people on Barrett's Mill Road married people on Lowell Road.

Around 1890 it was rather customary for a number of people in Concord to go to California. Alonzo Tower was quite interested in the project and he arranged to have a car sidetracked at the Concord railroad station each fall for a number of years and the people could go to California for the winter. It happened that several people stayed and made permanent homes there. Concord, California was one of the towns settled by people from Concord, Mass. I had a letter from someone in Pasadena from a church that was being remodeled there, and they had traced the source of the bell that had been given to them as far as Concord and it was given by Fred Tower. They wanted to know something about him. He had left the marked bell to someone in Worcester and they had donated the bell to the church and the names and places of birth had been inscribed on it.

When I was in California, I met someone who was a descendent of the Smith family. So in many areas of California you will find descendents of Concord people. Another family that I met that was a descendent was as typical as the people here in Concord, very elite. The met me with a horse and carriage wearing kid gloves to drive the horse, and I thought just a little bit of the breeding of Concord is still here in California.

One of those people that went to California to spend a winter was Cyrus Clark. But the day he was to leave, he was in Concord delivering a load of wood before getting on the train. He said the train wasn't leaving until noon.

I think that's why you find these Victorian houses in the north of California because that country was being settled at the time of the Victorian era and by people here in the East including people from Concord.