Subjects Discussed:
--Growing up in Concord Junction
-- Robert W. Carter's work as an organist with the Reformatory and interraction with prisoners. The prison newspaper.
-- The growth of Carter Furniture
-- The West Concord Willage Improvement Association
-- The Women's Christian Temperance Union - Mary Lane - known as the Duchess

Robert -- During my days as a youth growing up in West Concord, I particularly remember the volume of train traffic traveling through West Concord and the points at the center of town where the freight trains went through their switching processes, an event that could take from fifteen minutes to a couple of hours. The freight cars that were dropped off and picked up had the advantage of two railroads converging at this point, and the switching process was always a very attracting event especially for young boys.

Nearby was a coal yard and the fun of running up and down the piles of coal causing them to shift seemed to be an attraction to the young kids so we would come home covered with coal dust.

Another thing was the tarring of the roads. The tar truck would travel up and down the streets depositing a ribbon of tar followed by sand trucks in which men threw out the sand with shovels onto the newly tarred road. We would often get in the way and come home covered with tar which our parents would have to remove with lard or kerosene.

I also remember the ice trucks delivering cakes of ice to everyone who had an icebox. We would hitch onto the back of the truck for a free ride to the next stop, and the iceman would chip off a piece of ice for us to suck on.

The school barges also stand out in my mind. Before I went to school the horse-drawn barges made a loop to Westvale, and it was operated by Jimmy Russell. In the winter time the barge was a sleigh and in the summer it was a wheeled type.

Concord Junction was its own entity at that time. The first time we would encounter students from Concord Center was when we entered high school. At that time we traveled by bus to the center. That would be our first time to meet children our own age that had attended Peter Bulkeley School.

I attended the West Concord School and the Harvey Wheeler School. They were separate buildings and we alternated back and forth for different grades until seventh grade. In the seventh grade we had a high school style of classes changing rooms for different subjects.

Winifred -- I came to Concord in November, 1919. We were married in Mrs. Julia Hosmer's house by Dr. McDonald, who was the minister. Mrs. Vanderhoof stood up for me. We bought a house from Mr. Hunter near the Reformatory. Mr. Hunter was Charlie Comeau's future father-in-law.

My husband had a store that was owned by Mr. Fowler. He had some furniture, and the mattresses that he had were filled with excelsior in those days. He also had a garage and gas station where I helped pump gas.

We lived near the Reformatory and the prisoners were very good to us. If I was washing windows on the outside and dropped my cloth and they were walking by to the farm, they would pick it up and bring it up to me. We didn't fear them at all. If I had wash on the line and it would blow away, they would pick it up.

Our house was right next to the garage. The house was recently demolished after being vacant for a while. The Goodrich's operated the garage for a while and then they bought the whole property in 1922. We then moved to Highland Street when Robert was born.

Robert -- My father had a civil service position as an organist at the Reformatory. Concurrently he had a music store in Maynard where he sold pianos, music, records, player rolls for player pianos, and he also tuned pianos. He was also an accompanist. Music was his profession. To supplement his income he played in various churches all around. I think he had been in every church in Maynard at one time or another.

He had to pass a civil service's exam at St. Cecilia's Church in Boston under Professor O'Shea. The duties at the Reformatory included training a choir, which he did on Thursdays. It always interrupted his Rotary Club meeting, he would have to leave early to get to the prison. He had a good relationship with the prisoners.

My father told the story of meeting a man in Boston who he didn't recognize but the man recognized him. The man said, "Don't you remember, I was at the big house in Concord?"

There were also prison chaplains, who had a strong influence on the prisoners. The prisoners published a paper called "Our Paper". I have a bound volume of it from when my father was there that tells of the many interesting activities that the chaplains put on for the prisoners.

Winifred -- When I first met my husband, he had a music store in Roslindale. Then we were married and came to West Concord. Mr. Fowler had a store in West Concord where the Hay Shoe Store is now. Then Mr. Fowler sold out and we had the furniture in with the music store for a while. Then we built the store where it is now.

The piece of land where the store stands now belonged to Mr. & Mrs. Benjamin Shepherd, which was their tennis court. That whole area was originally part of the Derby Farm. That was the only piece of land that we could buy in West Concord. So we built the front section which was about 30' by 60', a basement and two stories. Than later we built an addition with a warehouse on the back of the first floor and display space on the second with a passway between the two sections on the ground level.

My mother ran the store exclusively during the war years while I was in the Navy relying on transient help.

Back before I was born, the West Concord Improvement Association was in existence. During my childhood the main events were the night before the 4th of July celebration there were fireworks on the school grounds. There was also a speaker, (Congress- woman) Edith Nourse Rogers. There would be a ministrel show and on the playground there would be homecoming day with floats, games for the children, athletic events.

Through the membership it became evident that we had a lot of historical information and that West Concord had a story to tell and we should let people know about it. The organization has continued to function with an unstructured organization, and we hope that the information that we have obtained will be preserved somewhere.

Robert -- In my youth, I remember a fountain at the Percy Rideout playground that was donated by the WCTU to encourage people to drink water rather than liquor. Mary B. Lane was one of the founders of this WCTU, and I can recall that she would come to the Union Church Sunday school classes prior to an election when the question would be on ballot whether Concord should wet or dry. If it was question two on the ballot, she would impress on us to tell our parents to vote no on question two.

She was known as "the Duchess" and she owned the house to the right of the Union Church. Somehow it became the parsonage for the church, and she and her husband moved to a double house behind it and lived there for many years. 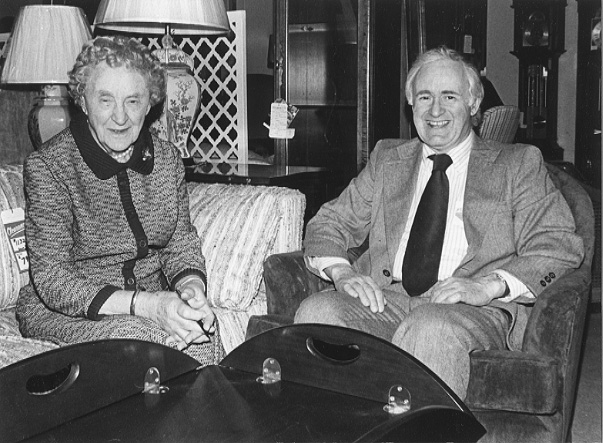