"They Flew By Night."
The 801st/492 Bombardment Group, "Carpetbaggers" 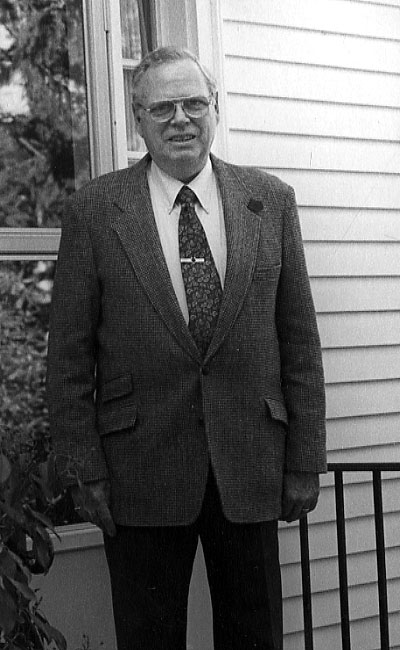 One of this nation's best kept secrets of World War II was the Carpetbaggers, code name for a joint venture of the Office of Strategic Services, America's newly organized espionage unit, and the Eighth Air Force. The OSS, a precursor of the CIA, was abolished shortly after the end of World War II, by President Harry Truman.

From the U.S. Air Force Station at Harrington, England during World War II, clandestine night missions were flown from this secret base, dropping munitions and supplies to underground resistance forces in Nazi occupied Europe, from April 5, 1944, to April 27, 1945. A British newspaper journalist wrote: "Only fiction in its wildest flight of fancy could vie with the dramatic role played by the USA air base at Harrington."

In addition the 801/492nd Bomb Group also parachuted agents into France, Holland, Norway, Denmark, and Germany for spying and espionage activities. More than 5,000 officers and enlisted men of the U.S. Army Air Force were helped by agents of the OSS to escape from behind enemy lines. Units of the Eighth Air Force flew specially modified, black-painted B-24s, C-47s, A- 26s, and British Mosquitos to carry out these clandestine, low-altitude, night-time operations.

Listeners to BBC newscasts to occupied Europe would hear announcers say, "Uncle Jean has two shillings in his pocket," or "Tell Marie to wear her galoshes," which was a coded signal to a French underground radio operator that a plane would be over a Maquis landing field that night to drop arms and supplies, or land saboteurs.

In Tempsford, a little town in Bedfordshire, there was a road, marked "Closed to the Public" and a few miles away at Harrington, Northamptonshire, 3,000 U.S. airmen operated another secret airfield. The B-24 Liberators were painted black, and even administrative officers and groundcrew men weren't told what was going on. From these fields two RAF special mission squadrons and the American 492nd Bomber Group delivered arms, ammunition, radio sets, thousands of carrier pigeons, food and sabotage, equipment to the undergrounds of Europe.

The US 492nd Bomber Group, from the time It began in Jan. 1944 to the war's end in Europe, dropped 4,500 tons of equipment and landed hundreds of agents in France, Belgium, Holland, and Denmark. The two RAF squadrons which began operating from Tempsford in Feb. 1942 made their drops in 19 countries from the Artic Circle to Africa. Just before and after D Day, specially trained teams of American, British and French officers plus a radio operator were dropped to organize the resistance attacks on German rear communications and supply dumps.

In the operations rooms at Tempsford and Harrington, huge wall maps showed a tiny flag for each drop reception ground and landing field in Europe. In 1942 when Reinhard 'The Hangman" Heydrich, the Gestapo boss of Czechoslovakia, was murdered while driving near the Czech village village of Lidice, the killers were Czech parachutists who the previous night had taken off from Tempsford.

In preparation for D Day, the Allied Supreme Command was determined to build up a large backlog of sabotage materials and American Liberator squadrons, experienced in long navigational flights because of anti-submarine work, were chosen for the assignment. The Liberators were painted black, the waist guns removed to give space for packages, and a circular opening- known as the "Joe Hole" -- was cut in the floor to make drops. A Southerner code-named the assignment "Carpetbagging." Allied troops were able to push deep into the Reich because Intelligence men dropped by the special air squadrons kept telling them exactly where the Germans were.

Local resistance leaders selected the reception fields- usually farmlands or sports grounds- and sent the location by secret wireless or by pigeons to an obscure building in a London street. The reception fields were given code names.If a Maquis leader asked London for supplies that evening a BBC man would say over the air, "Henri has found two francs." That meant the drop would be made at reception field "Henri" about two in the morning. Most drops were made into a boxlike formation of flashlights pointed upward and the correct flashlight signal was needed before the drop was made.

Each agent wore a jump suit fitted with pockets which held a dagger-like knife, rations, a flashlight, a first-aid kit, radio parts, secret maps and papers. A rubber cushion was placed in the seat of the suit and rubberized cloth was wound around the agent's feet. The agents wore knee-high boots and a rubber crash helmet. The agents dropped included American, British and other Allied officers, French-Canadians, anti-Nazi Germans, young boys, girls, and elderly men.

In gratitude of the free peoples of Europe for their help, there stands a simple monument to five unknown soldiers of the Anglo-American special air squadrons. On a plain granite memorial near the French village of St. Cyr de Valorges is carved this inscription: "In memory of five American airmen found dead under the debris of their aircraft, shot down in flames at this place April 28, 1944, whose mission was the parachuting of arms to our secret army for the liberation of France and the restoration of our ideal."

Most of the men actually engaged in the Carpetbagger mission never did know the whole story. For security reasons we attempted to give to any one individual only that information which he needed to conduct his portion of the total mission ... (Robert Fish. Carpetbaggers America's Secret War In Europe By Ben Parnell.)