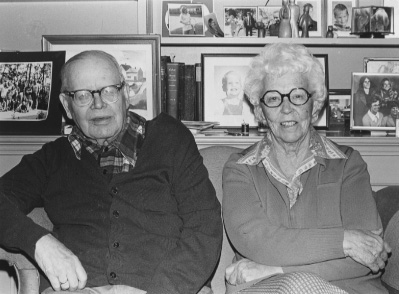 In the early 1900s much of the recreational activities in Concord occurred on the rivers. That was when the Concord Canoe Club was founded, which was just down the river opposite the Minuteman Statue. There was a boathouse there with a float going out into the river, and on the 4th of July picnics and parties were held. Members of the club gathered to watch the aquatic sports, such as swim meets and canoe jousting, where two men, each one standing in a canoe holding long poles, tried to push the other into the river. Usually they both fell into the river to the spectators delight. The Canoe Club building burned down and that ended these activities.

The river was used for swimming until the Maynard mills started polluting the river making it impossible for that use. We still swam near Fairhaven Bay on the Sudbury River. That had a yellow tinge to it but that wasn't pollution that was just from the bottom of the river. But the Concord River was polluted by the Assabet and the Assabet was polluted by the Maynard mills.

Skating was also a big sport on the frozen Nashawtuc meadows beside the river. After the river flooded over, the meadows would freeze, and we would have pick-up hockey games there. It was very dangerous to skate on the river especially under the bridges. Some families didn't allow their boys and girls to skate on the river because of the air holes that come under a flowing stream, and they were quite right. Even when the meadows were emptying out into the river, there were instances of open water. I (Harold) can remember skating one time right into open water and ended up in water up to my waist.

Nashawtuc Hill, of course, was used for coasting and skiing. We used to coast more than ski. I (Adeline) can remember coasting all the way down Nashawtuc Hill from the top to the bridge at the bottom perfectly safely without a car in sight.

Also in the winter there was punging. A great many of the grocery stores had pungs for deliveries. One in particular was Towle & Kent's which always smelled so beautifully of coffee. The drivers were very patient with all the kids, who jumped on and off. It's a wonder we weren't killed.

Baseball was a popular sport in the good weather. I (Adeline) remember it especially at Polly Pratt's house, now Polly Kussin, because she had a big back yard and all the boys used to go there to play baseball. So all the girls went to Polly's house to watch the boys play which included my husband.

When I was about ten years old, I (Adeline) lived in the house on Main Street where the head of Concord Academy lives now. When I would go to bed and lie in the dark and listen to the night sounds, which there were very few night sounds, perhaps a car occasionally or footsteps on the sidewalk, I would especially hear the clanking and banging down on the Milldam and along would come the streetcar going down Sudbury Road.

The streetcars also took many Concord people to Lexington Park. There would sometimes be so many people going to or coming from the park, they would be hanging on the sides of the cars. This would be before World War I.

When we were young, we either walked or rode a bicycle to wherever we were going. There were very few cars.

The ladies of the Ladies Tuesday Club would work for months on the entertainment they would have. They had charades and plays. I (Harold) remember the charades because they would have guests or an audience, and if they could fool Mrs. Russell Robb that would make the evening fun.

The Concord Players were very active back then. I (Adeline) don't think they were as professional as they are now. Everyone enjoyed being in it or going to see it.

When we were children, we had dancing school in the top floor of the Town Hall, and everyone went.

Our physician at that time in Concord was Dr. Titcomb, who lived on Sudbury Road. You would see him going through the Milldam leaning way out over the dashboard whipping his horse to get to a patient quickly. He took out my (Harold) appendix on the kitchen table.

There was a custom of indicating certain diseases by a card outside the front door of the house of the sick person, particularly scarlet fever, diphtheria, or measles. Then when someone died there would be a wreath or flower arrangement beside the front door.

As a child we just automatically went to Sunday school and church. We all had a mite box, and I (Adeline) had an allowance of 10 cents a week and 5 cents always went into the mite box. Being involved in church wasn't something we decided about, we just went ahead and did it.

Smith Owen Dexter was our minister at Trinity Episcopal Church here. He was very active in helping young people in Boy Scouts, and so forth. I (Harold) think he was the nearest man to what Jesus Christ might have been that I know of. He was a patient, helpful sort of person. Later on the adults of the church didn't like him because he preached against the mill owners over in Lowell and all around. He joined a strike against the management of the mill in Lowell, and some of the members of the parish who were contributors wanted him fired. He was a very fine man, and his wife was also very active in town affairs.

I (Adeline) attended Miss White's Home School, and it was a remarkable school. I came up from Lincoln, which was where I was born and lived as a little girl, on the train and went to Miss White's Home School. I had the most wonderful grounding in English literature that anyone could possibly have had. We read poetry and had Latin and math. These were taught by a lovely lady named Miss Emma Smith, who did all the translations for us so that I really didn't learn that much about Latin and math but had a wonderful grounding in English literature. Mr. Allen French gave us a course in art in the early Italian painters with pictures which was also very good. The school was on Belknap Street very near the corner of Thoreau Street. It was a big white house with a school building in back, the house is still there.

I (Harold) was a trustee for several years of Concord Academy and later became chairman of the Board of Trustees for about four or five years. I understand the reason for the founding of Concord Academy was that many of the families in Concord didn't want to send their daughters away to boarding school in some other city and never see them. So they decided to start a boarding school here that would be both a day school and a boarding school. To get top teachers on the faculty, they attracted girls from other cities to come as boarders and the Concord girls would be day students. That worked very well from everybody's point of view. Of course, it cost much less for a day student than for a boarding student.

There was never any interaction with the boys of Middlesex School. Mr. Winsor didn't want his boys coming down to Concord and fraternizing with Academy girls. The boys would come down to have a soda at Richardson's, but they only had so much money to spend and had to be back. For the most part they had to get back to Middlesex on their two feet, on a bicycle or be picked up, so many of them thumbed their way back.