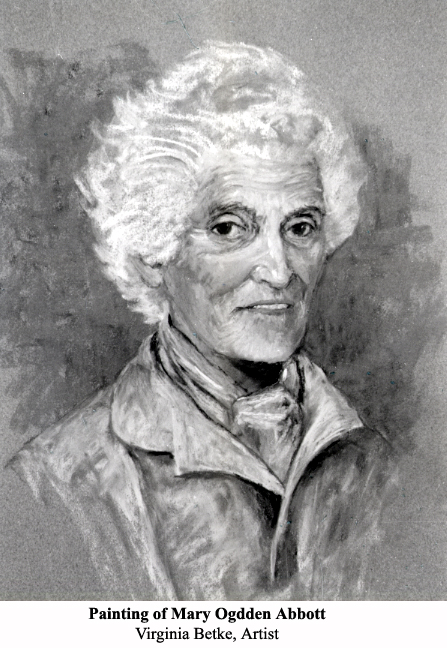 Compiled 2/14/89 by Renee Garrelick from memories of Dr. Titcomb handwritten by Mary Ogden Abbott in her later years and loaned by her brother Dr. John Abbott of Lincoln. The perspective is that of a young girl who both fears and reveres this family Doctor, spelled with a capital D. His brusque and formidable manner was compensated by his availability and perceived devotion. Nor did a proclivity for removing appendices, render him anything but an excellent diagnostician in his patients eyes.

Much has been written about Concord and its characters but I do not recall any tribute to a very remarkable physician. Remarkable for his skill as a general practitioner, his extraordinary ability as a diagnostician, his generosity, and his eccentricity. I wish to partially fill that gap both from personal memory and from the recollections of others who knew and admired him.

The Doctor had little use for recording births. My guess is he let a lot accumulate, then sent in (registered) the names (with the town). There is still an argument over a disparity of three days between the family Bible and the Town Hall records where my brother is concerned.

My father and mother had the most implicit confidence in him, my father referring to hIm as "Old Tit." My friend Grace Brooks, who had a nimble wit preferred "the lunatic at large." Her description was based upon the way the Doctor got around to make his calls. When I first knew him- and I was scared to death of him- he made his calls in an open "Concord wagon" drawn by a trotting horse. He always drove at a fast clip right up to the door, stopped abruptly, put the whip in its socket, wrapped the reins around the whip, threw the rug over the horses loins, grabbed his little black bag and jumped out of the rig all. in oone continuous motion, leaving the horse to stand- and the animal did stand right there until he came out. Then the procedure was reversed and they vanished abruptly at the same fast trot. Where he got his horses, who trained them, I always wondered - I was much too scared of him to ask. This was the reaction on calls to our house for childhood ailments.

He would then hurry into the house, no doors were locked, discard his gloves and coat, storm upstairs, examine the patient- temperature, pulse, tongue, eyes, stomach. Things were always made ready for him after the first time- a glass of water and a spoon for tongue depresser. He would ask a few questions, rummage in his bag for pad or pencil, walk rapidly up and down the room scribbling, tearing off sheets and throwing them on the floor, saying "Keep her in bed till the end of the week." (Regardless of the day on which he came) When he departed the prescriptions were picked up and the last one which was signed was sent to the drug store.

This must sound pretty superficial but believe me little escaped him. I remember being told of the following incident. My cousins the Charles Francis Adamses lived on Fairhaven Hill. My cousin Charley was addicted to chopping in the woods after he returned from Boston on the 5:15. He was always cutting himself and one night he partly cutt of an ear.

Cousin Fanny called Dr. Titcomb who came at once but according to her paid little attention to the ear which was dangling and bleeding. He was chiefly interested in her condition and much concerned about her. She was much annoyed and said, "But Dr. Titcomb I called you to attend to Mr. Adamses ear."! He sewed it on, gave some directions, turned again to my cousin Fanny and urged her to see her doctor in Boston. Within a week she had to have an emergency major operation.

The doctor had his office in his house- a yellow house on Sudbury Rd. Besides horses in his stable behind the house, he had a cage built around a tree containing beautiful golden pheasants. He had some magic for them, for their coats were resplendent and their tails were never frayed. But best of all in his office was a tall narrow case resembling somewhat a grand-father clock without the face or works. It contained a skeleton suspended from the top of its skull on a movable bracket. I always asked to see it. My subsequent training in the School of the Museum of Fine Arts required me to draw a skeleton, several skeletons in fact, but they were only coarse representations of nature - the anatomy books were just as bad as that goes - it takes a Da Vinci.

One evening when I was about fifteen,, I just returned from boarding school and was sitting at dinner with my parents who were agreeably engaged in picking on me for all my faults. I was not feeling too well and finally burst into tears and rushed upstairs. After a while my mother came to find out "what was the matter anyway" and I told her I had an awful stomachache and she said "well I suppose I'd better call the Doctor."

He promptly appeared and after locating an exact spot where the pain was the worst said he wanted to speak to my mother outside. I raised an awful row until I was told it was acute appendicitis and I must be operated on at once- as soon as a nurse could from the Waltham Hospital. The Doctor wanted a high table and the best overhead light available. A table was brought in from the potting shed and placed under the skylight in the passage. The nurse stepped off the train and sprained her ankled. Delay was out of the question so my mother must officiate. She was delighted, having a keen natural curiosity.

The Doctor did his full beard up in cheesecloth, had his instruments boiled on the kitchen stove, took off his coat, rolled up his sleeves and produced the ether cone. (Her brother John recalls that the gauze and the dressing were also sterilized in the oven. "They came out with a suntan and slightly charred around the edges. He scrubbed his hands but wore no gloves I can recall.")

The replacement nurse had arrived, she was a perfect bitch. You'd better be grateful for modern anesthesia!

When I was little I used to run barefoot and one day stepped on a broken bottle in the long grass beside the road. This happened a distance from home near our farmer's house. My brother, who very responsible, went into the house, borrowed a clean cloth, tied it tightly around my foot and helped me home. The cut was quite deep, it looked like an open mouth and bled profusely. Dr. Titcomb was called. He came, looked at it, had it submerged in a basin of water with corrosive subliment dissolved in it- that was the antiseptic he used.

He got out his curved needle and proceeded to sew the wound up. No anesthetic of any sort. I forgot if it hurt but seeing him go at me with that curved needle scared me plenty! I had to keep still. Happily we did not think or perhaps know about tetanus.

I remember my brother telling about a tonsilectomy. He had a persistent sore throat and went to the Doctor's office. It was the summer vacation, he was home from Groton. As he described it the doctor said "come over to the light and open your mouth," picking up some handy object as a tonue depresser. "Guess you'd better have them out." So saying he rummaged around in his desk for a pair of scissors, backed him against the wall and cut them out. That afternoon my brother went swimming in Walden Pond.

In the quiet of our Sleepy Hollow Cemetery literally populated by those he brought into the world, those he saw depart, and many he attended, here lies one hopes in peace, the mortal remains of George Titcomb, a general practitioner of extraordinary ability, devoted to his profession.