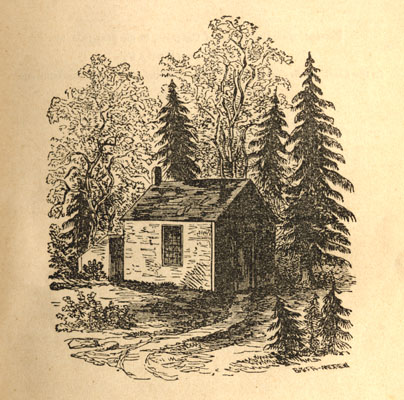 BIOGRAPHY: Philip Van Doren Stern, an American novelist, historian, and anthologist, was born on September 19, 1900 in the town of Wyalusing, Pennsylvania.  He grew up in New Jersey, and graduated from Rutgers University in 1924.  Upon graduation, he was offered an instructorship in English, but he refused it and instead took a position in radio advertising, which sparked an interest in printing that inspired him to write a book on typography.  He landed a job as a designer for Alfred A. Knopf, then for Simon and Schuster, and, once in the publishing business, began to write.

Stern was involved with literature in several capacities, as editor, novelist, biographer, and lecturer.  His major contributions were in the field of historical scholarship, notably his works on the Civil War, including the epic novel The Drums of Morning, “An End to Valor: The Last Days of the Civil War” (a historical article for the New York Times),and The Man Who Killed Lincoln, a book that combined fact, fiction, and psychological study of John Wilkes Booth to tell the story of Lincoln’s assassination.

Stern’s best-known work grew out of a short story he wrote in 1944 as a Christmas booklet for his friends, entitled “The Greatest Gift,”about a mysterious stranger who appears to a suicidal man as he prepares to throw himself from a bridge on Christmas Eve.  The story was purchased and adapted by Hollywood director Frank Capra, and became the classic film It’s a Wonderful Life.

Stern served as editor for Pocket Books until 1954, editing anthologies and presiding over the publishing of paperbacks intended for overseas soldiers.  In later years, he wrote several books of general history, published an annotated edition of Stowe’s Uncle Tom’s Cabin in 1964, and an illustrated annotated edition of Thoreau’s Walden (with Civil Disobedience), published by Clarkson N. Potter in 1970.  He retired to Sarasota, Florida, where he died on July 31, 1984, at the age of 83.

SCOPE AND CONTENT:  Collection includes dated materials spanning from 1848 to 1970 and much undated material gathered during the preparation of Philip Van Doren Stern’s The Annotated Walden (1970).  Material in the collection represents both images used in the book and those not selected for inclusion.  The following types of materials are found among the papers: clipped newspaper and book illustrations, photographic prints and negatives, correspondence, articles by several authors, publishing notes, photocopies, layout information, and brochures. Clipped illustrations come from Gleason’s Pictorial Drawing-Room Companion (1848-1854), The Illustrated London News (1848-1850), and from a variety of unidentified sources. Subjects of images include animals, New England pastoral scenes, buildings, prominent people, ships, costumes, artwork, Native Americans, shops, household objects, tools, factories, towns and cities (Boston, Lexington, Lawrence, and Salem among them), Walden Pond, Thoreau’s contemporaries, volumes of Thoreau’s manuscript journal and notebooks, and scenes, structures, and people of Concord (Mass.).  Research and layout materials include correspondence with the Henry E. Huntington Library and Art Gallery (1970), the New York Public Library (1970), and the Society of Medalists (1969); photocopied Thoreau manuscript pages; pieces on Thoreau by Moncure D. Conway (1866), R.W. Emerson (1862, reprinted), and Bradford Torrey (1905), and a single issue (July-Sept. 1965) of the periodical Fragments (a quarterly featuring articles and letters about Thoreau, among them House Hunting for Thoreau by Roland W. Robbins); and image selection/placement lists (1969-1970).  The collection also includes a program brochure for a commemorative Thoreau stamp ceremony (1967; in Folder 4), and an advertising flyer for custom-made “Thoreau Cabins” by Roland W. Robbins (Folder 19).

USE OF IMAGES:  It  is the researcher’s responsibility to obtain permission to reproduce images from the institutions holding unique originals which copy images in this collection represent.

NOTES/COMMENTS:  Items in Series I are accompanied by printed slips with manuscript publisher’s/printer’s notes regarding image placement and size.

NOTE: CONTENTS LISTINGS FOR SOME FOLDERS ARE PARTIAL ONLY

SERIES I. PHOTOGRAPHIC PRINTS AND ILLUSTRATIONS USED IN THE ANNOTATED WALDEN, 1848-1970, PLUS UNDATED:

To accompany text of Thoreau’s Walden and Civil Disobedience:

Folder 8: “Where I Lived, and What I Lived For” (p. 213-230):
Photographic prints (including engraving of Battle Monument at Concord, cairn at Walden, Thoreau’s Cove at Walden)
Engraved illustrations (Revolution of 1848 in Paris, 19th century fire engine, harvesting corn, Homer)

SERIES II. IMAGES Not Selected for Use in The Annotated Walden, undated:

Folder 27: Unused engraved illustrations, 1848-1854:
Both full-size illustrations and vignettes, representing many subjects similar to the engraved images used in the book

Folder 28: Negatives:
Original negatives for images used and not used (also includes prints from strip negatives, many images per sheet)

Folder 29: Correspondence, 1969-1970:
Correspondence with the Henry E. Huntington Library and Art Gallery, the New York Public Library, and the Society of Medalists

Folder 31: Thoreau-related writings, 1866-1965, plus undated:
“Thoreau,” by Moncure D. Conway (Eclectic, Aug. 1866); Ralph Waldo Emerson, “Biographical Sketch” [a reprinting of Emerson’s “Thoreau,” which appeared in the Atlantic Monthly, Aug. 1862]; Bradford Torrey, “Thoreau as a Diarist” (Atlantic Monthly, Jan. 1905); and the July-Sept. 1965 issue of the periodical Fragments (a quarterly featuring articles and letters about Thoreau, among them House Hunting for Thoreau by Roland W. Robbins)