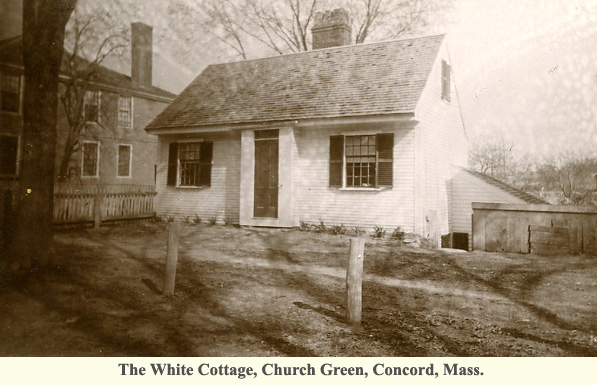 FAMILY HISTORY:  A family of Lexington, Roxbury, and Concord, Massachusetts, descended from William Munro (1625-1717/1718), a Scottish prisoner of war taken by Cromwell’s forces at the Battle of Worcester and exiled to America.  The original William Munro was a settler of Lexington.  The Munroes of Concord descended through the first Munro’s son Daniel (1673-1733), grandson Jedidiah (1721-1775), and great-grandson Daniel (1744-1827), whose children (born in Roxbury) were Daniel, Nathaniel, William, Abigail, John, and Charles.  Of these, Daniel, Nathaniel, and William moved to Concord at the beginning of the nineteenth century.

The three brothers worked together in Concord as clock makers, William (1778-1861) making the cases to house his brothers’ clock mechanisms.  William alone made Concord his permanent home.  In 1812, when war with Britain created a scarcity of pencils, he became interested in pencil making, and in 1819 turned his attention entirely to that business, in which he was successful.

Eldest son William Munroe (1806-1877)—a successful importer and merchant of dry goods who worked in Boston, New York, and London—was the founding benefactor of the Concord Free Public Library, which opened in 1873.

Thomas (1812-1884) was also in dry goods.  He worked in partnership with William in London in 1839.  While there, he married Ellen Middleton, with whom he returned to America and had three children: Ralph Middleton; Mary Middleton; and Ellen Middleton. Ralph Middleton Munroe (1851-1933)—a yacht and sailboat builder, early settler of Coconut Grove (now a neighborhood of Miami), and founder of the Biscayne Bay Yacht Club—was married twice, to Eva Hewitt ([ca. 1857]-1882) and, after her death, to Jessie Wirth.  Ralph and Jessie had two children.  Both in his youth and later, Ralph Middleton Munroe visited family in Concord.

Alfred Munroe (1817-1904), too, was in the dry goods business and in clothing.  He worked in London with his brothers William and Thomas and later in New York and New Orleans.  He was a photographer by avocation.

After the death of their parents, unmarried sisters Mary (1819-1909) and Eliza (1822-1903) Munroe carried on family life in the Munroe home at the corner of Main Street and Academy Lane in Concord (now 185 Main Street).  Their brother William lived there part-time in the 1870s, in his retirement (his permanent residence was on Beacon Hill in Boston).  After William’s death, Alfred lived permanently with his sisters.

PROVENANCE:  The materials in the collection were passed down through descendants of Thomas Munroe.

SOURCE OF ACQUISITION:  Gift of Martha Cole, July 2013, with a second accession added.

NOTES/COMMENTS:  Collection received July 31, 2013; accessioned October 10, 2013 (AMC 215).  Nine items (identified in the container list) were laminated prior to donation to the CFPL.  Two daguerreotypes (as indicated in the container list) were cleaned and restored at NEDCC (Andover, Massachusetts), September 2013, through funding from the Concord Free Public Library Corporation.  In processing the collection, some newspaper clippings were photocopied, the originals discarded.

Box 1, Folder 1:
Manuscript copy of letter by the Reverend Samuel Cook to his friend Martha Greenough (who later became Mrs. John Stone), January 12, 1762.  Letter laminated prior to donation to the CFPL.

Box 1, Folder 2:
Five manuscript entries, 1762, 1766, and 1795, by Martha Greenough/ Martha Stone (regarding religious experience and the deaths of a friend and of a son), recorded on a sheet of paper (possibly the detached endpaper of a personal or family Bible or other book).

Box 1, Folder 9:
Printed card titled “The Diploma,” explaining the symbolism of the diploma awarded by the Massachusetts Charitable Mechanics Association, [183-].  William Monroe (1778-1861) received the diploma for cabinet making in 1834 and for pencil making in 1837.

Box 1, Folder 10:
Marshall’s Ladies Elegant Pocket Souvenir for 1838 (London: Printed by assignment for Suttaby & Co., [1837]).  Inscribed on front free endpaper: “Miss Eliza / The Pet / of The Family / From her / Brother / Tho Munroe.”  A pocket-book, with pages for recording cash accounts (only one entry made, dated (in penci) “Decr 4th” and written above space for recording entry for January 1, 1838). 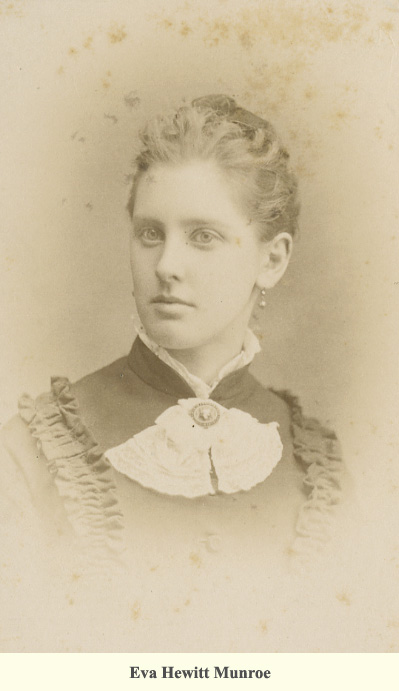 Box 1, Folder 26:
Two copies of a manuscript genealogical booklet by and in the hand of Mary Munroe: Genealogical Records of the ancestors and family connections of Mrs. William Munroe of Concord, Massachusetts.  Gathered from accounts in the New England and Massachusetts Historical and Genealogical Societies’ Registers, and other sources.  By Mary Munroe.  Concord, Mass. 1899.  Each notebook contains a genealogical essay on the Clark, Greenough, Stone, and Munroe families, including reference also to the Saltonstall, Whittingham, Copley, Kilby, Cunningham, Lewis, Gay, Mather, Byles, and other related families; a chart titled “Genealogical Descent”; and a second essay titled “The Clark-Greenough-Frankland House, 1713-1832,” regarding the Boston home of some of the ancestors of Mary Munroe’s mother.  The names “Alfred Munroe” and “Ellen M. Austen” [Ellen Middleton Munroe Austen, b. 1855, a daughter of Thomas Munroe and Eleen Middleton Munroe] are inscribed on the paper cover of one copy, which includes additional material laid in (notes; a clipping; a photograph of a printed illustration of the Clark-Greenough-Frankland House with an accompanying letter by “Alfred” [Munroe]; and a sheet containing etchings of panels from the house).

Box 1, Folder 27:
An additional copy in the hand of Mary Munroe of the house history found as part of the manuscript in Box 1, Folder 26, plus a page (apparently from another manuscript) of notes on Thomas Greenough, also in her hand, [1899].

Box 1, Folder 31:
Pencil sketches (undated) of portions of the Clark coat of arms.

Box 1, Folder 33a:
"An unofficial tracing of a Munro Coat of Arms" (undated).

Box 1, Folder 40:
Photocopy of undated clipping from The Pulaski Democrat regarding Munroe casualties on April 19, 1775.

Box 1, Folder 40a:
Items (including antique postcard postmarked 1911) relating to the Munroe Tavern in Lexington, Massachusetts, and to Munroe graves in that town.

Box 1, Folder 41:
Letters and photocopy of clipping relating to the nineteenth-century Munroe/Monroe brothers of Concord, Massachusetts (Daniel, Nathaniel, and William) as clock makers, 1951, 1955.

Box 1, Folder 43:
Concord context: mounted cabinet card portrait of silhouette of the Reverend Ezra Ripley, minister of the First Parish in Concord from 1778 to 1841 (photograph made by Alfred Munroe from printed source), [1890s].

Box 1, Folder 44:
Concord context: mounted photographic print by Alfred Munroe of the White Cottage on the Church Green in Concord (home of cabinet maker and pencil maker William Monroe and family from 1811 to 1821), [1890s].