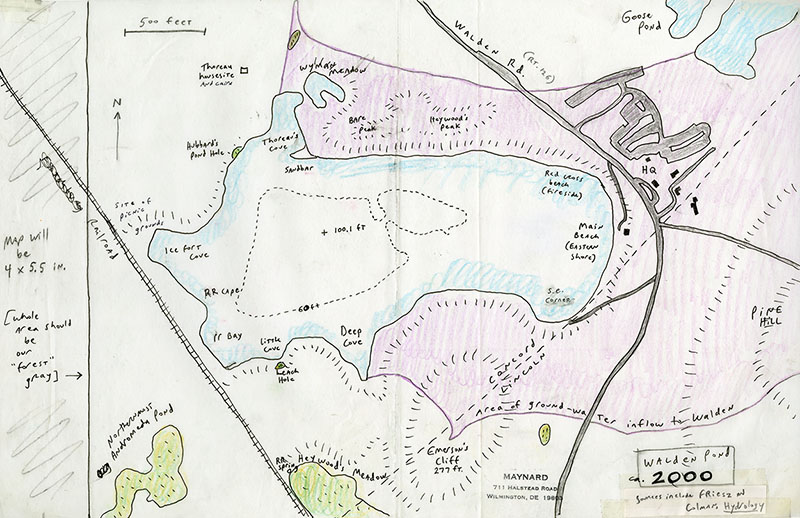 BIOGRAPHY:  Architectural historian Dr. W. Barksdale Maynard wrote his book, Walden Pond: A History (2004), as a comprehensive history of Walden Pond in Concord and Lincoln, Massachusetts up to 2003. In 2001, Maynard served as a consultant to the Walden Woods Project and a visiting scholar at the Thoreau Institute at Walden Woods in preparation for the book. He researched  and corresponded with other scholars about the pond, and wrote the book from 2001-2002. During this time, he also created and gathered many supplemental materials on the subject of Walden Pond—including the creation of the Walden place-name index that appears in this collection— and wrote articles about the pond, the surrounding landscape and Henry David Thoreau. Maynard received multiple awards for the book, including the Boston Authors Club 2005 Julia Ward Howe Special Award, the American Association for State and Local History Certificate of Commendation, and Library Journal's Masters of Science Writing/Best Sci-Tech Books of 2004.

SCOPE AND CONTENT:  Papers consist of Dr. W. Barksdale Maynard's notes, correspondence, and research related primarily to his 2004 book, Walden Pond: A History. The papers also include materials related to earlier articles written by Maynard about Thoreau and Walden Pond, and one DVD, “Walden: 1962."

RELATED COLLECTIONS: Maynard used many Concord Free Public Library collections in Walden Pond, A History. See Thoreau Holdings in Special Collections for an introduction to the Thoreau-related collections at the Library.

Back to the Finding Aids page