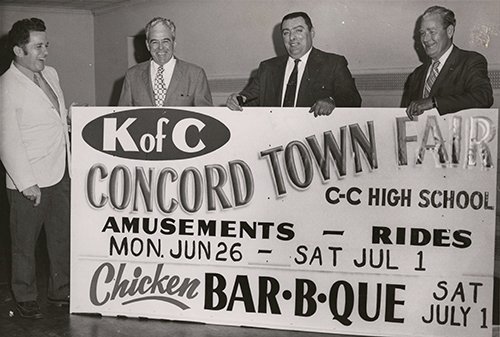 History: The Knights of Columbus is an international fraternal organization of Catholic men dedicated to the principles of charity, unity, fraternity, and patriotism. The Concord Council, no. 287, was founded December 1, 1897 in Concord, Massachusetts and remained active until January 30, 2000 when it was dissolved.

Folder 7 (undated and unlabeled prints):
Seven (7) unidentified prints, including but not limited to a Knights of Columbus Concord
Council portrait, a fair photograph, a parade photograph, and a family photograph.