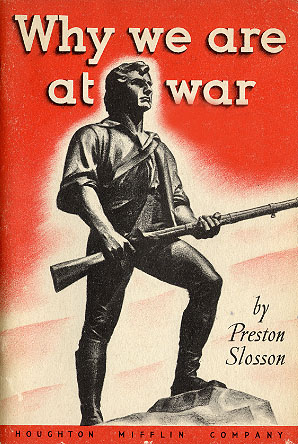 ORGANIZATION AND ARRANGEMENT: Organized in one sequence.

BIOGRAPHY: James Russell Clarke, Jr. was born in 1902 in Glen Cove, NY. He graduated from Cornell University with a degree in mechanical engineering and in 1940 relocated to New England as a result of his work in the petroleum industry. Inspired by the war effort, he joined the U.S. Navy on his fortieth birthday, serving first at the Boston Navy Yard and later in Norfolk, Virginia. Always an outdoorsman, his retirement in 1958 allowed him to turn his attention to conservation and environmental concerns. He and his wife Winifred were instrumental as open land preservation advocates, working to save Heywood Meadow and raising money for the purchase of land in Estabrook Woods. He donated a substantial part of his own land bordering Spencer Brook to the Concord Land Conservation Trust. Winifred and James Russell Clarke, Jr. were named Concord’s Honored Citizens in 1972. He died in 1995, leaving three children and many grandchildren.

SCOPE AND CONTENT: Collection contains five folders of pamphlets and maps containing information and propaganda concerning World War II and relevant foreign relations issues.
A number of the materials in the collection originate from the Institute of Pacific Relations (I.P.R.). Founded in 1925, the I.P.R. was viewed as an educational body providing a forum for discussion on topics of international relations in the Pacific. While the non-governmental organization initially demonstrated a Wilsonian philosophy concerning foreign affairs, it fell under scrutiny towards the end of World War II for materials deemed sympathetic towards communist countries.

Kennedy, Raymond. Islands and People of the Indies, No. 14. (Washington: Smithsonian Institution, 1943).

The American Historical Association. EM 15 GI Round Table: What Shall be Done About Japan After Victory? (Washington, D.C.: The United States Armed Forces, June, 1945).