Robert Carter Collection of Articles Relating to the Hurricane of 1938 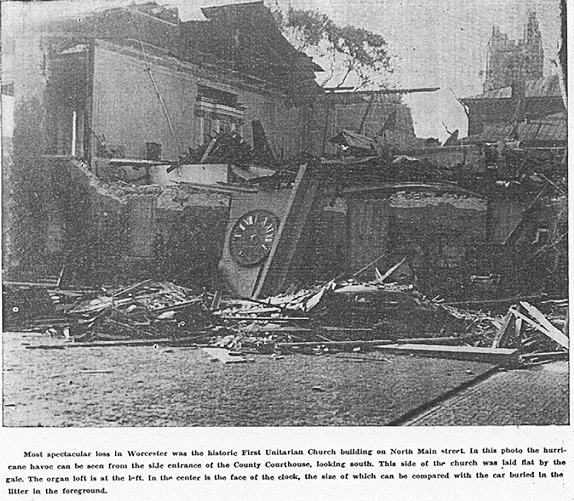 History:  On September 21, 1938 a hurricane hit New England, the worst in the region’s history.   The storm destroyed over 18,000 buildings, left 600 people dead, and 2000 injured. The worst damage being caused by the tidal surge along the coastline.

Scope and Content:  This collection consists of copies of newspaper articles from Worcester Telegram Evening Gazette, The Boston Herald and one article of unknown source.

Articles from the Boston Herald range from September 23, 1938 to September 24, 1948 with three pages undated.  The articles explain the overall damage cause by the storm in the Boston area as well as a few specific stories of individual experiences in the storm.  One story describes the wives of fishermen gathering at the pier waiting to find out what happened to six missing boats.

The last article of unknown origin is entitled “Entire Families Perish in Homes as Gale and Flood Hit Rhode Island.”

Source of Acquisition:  Items donated by Robert Carter in September 2001.