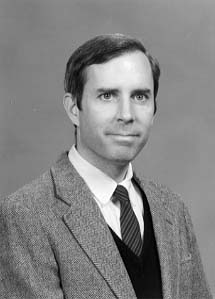 ORGANIZATION AND ARRANGEMENT: Organized into six series: I. Poetry, other authored works, and related materials, 1976-2006, plus undated; II. Charitable donations: canceled checks, form letters, and other materials, 1979-2007; III: Political activities and correspondence with elected officials and government agencies, 1980-1998; IV.  Correspondence and other related materials from family, friends, and Concord organizations and people 1967-2007, plus undated; V. Photographs and other materials by form, 1980-2004, plus undated.

Series II. Charitable donations: canceled checks, form letters, and other materials arranged alphabetically by the name of the organization receiving the donation.

Series III. Political activities and correspondence with elected officials and government agencies are arranged alphabetically by the name of the correspondent.

BIOGRAPHY: Born on April 24, 1951, in Concord, Massachusetts to Simons Lucas and Marcia Sheldon (Moore) Roof.  Attended Hampshire College for two years and graduated Summa Cum Laude, with a BFA in 1978 from Emerson College.  Also studied at the Institute of Children’s Literature in West Redding, Connecticut in 1978.  Went on to teach at Emerson College and the Concord-Carlisle High School, as well as Sunday School at the First Parish Church in Concord where he was a member.  He self-published a number of books of poetry for children and adults, including A Winter Night’s Revels, Halloween to Halloween, Idylls, The Mythical Magical Poetry Book, The Pink Sheep, and The Spook House.  His coloring book for children, The Whale Friends, was published and distributed by Greenpeace Northeast in 1979.  He edited three books written by Bill Montague, The Concord Guidebook, Little Mouse: The Mouse Who Lived with Henry David Thoreau at Walden Pond, and Montague's Wee Forest Folk Collectors Album.  Active in Concord civic life, he served on the Concord Historical Commission from 1994 until 1998 and worked at the Thoreau Lyceum for a number of years. In 2021, DNA identified his remains, discovered in November 2010, in northern Maine.

SCOPE AND CONTENT: Records, 1967-2007 (bulk 1976-2004). Authored works include school compositions, travel journals, biographical notes, self-criticism, unpublished typescript, newspaper essay and letter to the editor, musical compositions, and self-published poetry, 1976-2004.  Correspondence, press clippings, and promotional materials regarding poetry and other authored works (1978-2006) include letters from publishers and readers about his works.  Letters from local libraries, schools, and bookstores regarding readings and talks on his works are also included.  Records from charitable donations include canceled checks, mostly to environmental groups, and thank you letters, newsletters, and other promotional materials from those groups, 1979-2007.  Records of political activities include Roof’s notes from regional Freeze Council meetings, 1983-1984, and correspondence with national and state elected officials and government agencies, mostly mailings about environmental issues received by Roof, 1980-1998.  Correspondence from family members and relatives (1981-2003, plus undated) includes letters, birthday, holiday, and thank-you cards received by Roof from siblings Jonathan (also referred to as Jonny or Jon) and Louisa (also referred to as Loulie); his father, Simon Roof, his father’s partner, Tinie Freeman; and cousin Leslie.  Also includes obituaries and condolences regarding the death of his mother, Marcia Moore in 1981; memorial service programs and condolences from the deaths of his grandmother, Eleanor Moore in 1994, and grandfather, Robert Moore in 1986; and a one-page genealogy of his mother’s family dating back to 1601.  Extended correspondence includes lengthy, ongoing correspondence from non-family members, including Kristina Joyce and Francine Huxley.  Casual correspondence includes cards, notes, and other brief communications.  Correspondence from Concord organizations and people includes letters regarding the Thoreau Country Conservation Alliance and Thomas Blanding, 1988-1991; letters regarding the Thoreau Society, 1967-2001; student appreciations from Concord-Carlisle High School and First Parish Church, mostly undated; and other letters, pamphlets, brochures and ephemera related to Concord organizations in which Roof was active, 1967-2004.  Financial and legal correspondence includes two letters from the Bank of Boston regarding trust funds and one letter from Walker and Associates regarding Roof’s apartment lease.  Photographs and other materials by form include photographs of Roof, his family, and friends; commemorative stamps; postcards; and a xerox copy of the inside of a box top that he used for storage of materials from this collection.

SOURCE OF ACQUISITION: Gift of Christopher Roof on July 2007.

Folder 3:
On the Development of Sir Gawain in Arthurian Romance, 1978.

Subseries 2: Correspondence, press clippings, and promotional materials regarding poetry, other authored works, readings, and talks about his works, 1978-2006, plus undated:

Folder 20:
Correspondence and press clippings regarding Halloween to Halloween, 1986-1993 plus undated.

Folder 22:
Correspondence regarding The Magic Kite, 1980.

Folder 23:
Correspondence and press clippings regarding The Mythical Magical Poetry Book, 1995-1997 plus undated.

Folder 24:
Correspondence and press clippings regarding The Pink Sheep, 1982-1989.

Folder 25:
Correspondence and note from author regarding The Spook House, 1980-1988 plus undated.

Folder 26:
Correspondence and promotional materials regarding The Whale Friends, 1982-1984 plus undated.

Folder 27:
Correspondence and press clippings regarding A Winter Night’s Revels, 1983-1986 plus undated.

Folder 29:
Correspondence regarding authored works, with no work or more than one work specified, 1981-2004 plus undated.

Folder 31:
Correspondence and promotional materials regarding readings and talks about his works, 1979-2006.

Series V: Photographs and other materials by form, 1980-2004, plus undated

Folder 38:
Miscellaneous unused U.S. stamps, commemorative issue stamp of Nathaniel Hawthorne, postcards and a xerox copy of the inside of a box top that he used for storage of materials from this collection, 1983-2004.