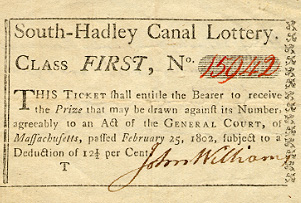 ORGANIZATION:  Papers organized chronologically in a single sequence, and housed in one container; wooden box housed separately in a second container.

SCOPE AND CONTENT:  Collection consists primarily of financial and legal documents, plus a wooden box lettered “F.J.” on the lid.  Financial documents include bills and accounts, often listing items purchased by Jarvis from local merchants, such as Tilly Merrick and James Weir.  Others list days worked by local laborers, such as Abner Wheeler and Nathan Hosmer.  One item, a bill, lists items purchased by Jarvis at the auction of the estate of Mrs. Rebecca Thoreau.  It is signed by D. [Daniel] Shattuck.

Legal documents include several writs of attachment, issued against non-paying customers of Jarvis’s bakery; a court summons for a case in which Jarvis was the plaintiff; a quitclaim deed transferring ownership of “a certain shop thirty feet square two stories high” to Isaac and George Hosmer; and a document relating to the guardianship of the children of Francis Barrett by Francis Jarvis and James Jones.

Summons to Stephen Hartwell of Lexington, Mass. to appear at Court of Common Pleas to answer a plea made by Francis Jarvis, Aug. 28, 1800.  Formerly Letter File 4, H11.

Note recording vote at a “meeting of the Engine Company … that Francis Jarvis[,] Henry Loring[,] Joseph Mulliken be a committee to provide a supper on the first monday in January 1801.”

Letter to Francis Jarvis from Joseph Barrett, on behalf of the Social Circle in Concord, regarding the “subject of an Engine,” 1818.  Formerly Letter File 3, B1.

Agreement between Francis Jarvis and James Jones (as guardians of the children of the late Francis Barrett) and Maria F. Barrett, July 20, 1819.  Formerly Letter File 4, J3.

BOX 2:
Grey wooden box with the initials “F.J.” painted on the lid.