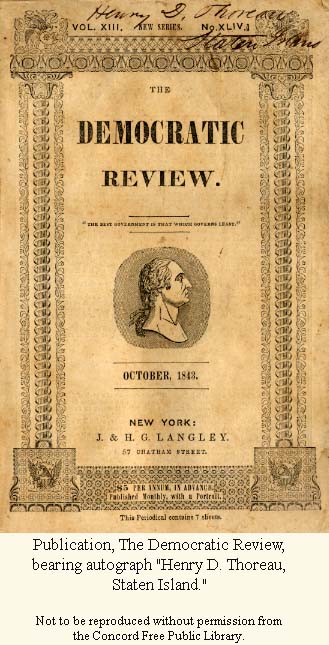 ORGANIZATION AND ARRANGEMENT: All items contained in one box. Item listing below is in alphabetical order by prominent name (in bold), with other names in italics.

BIOGRAPHY: Born in Williamsport, Penn., in 1908, and raised during her early life in Philadelphia,  Mary Rosselle (Fenn) moved to Malden, Mass. with her family at the age of ten. She married Edmund Winthrop Fenn, also of Malden, in the mid-1930s, and in 1952 the family moved to Concord, Mass., where Mary developed an interest in Concord history. Over the years, she served on the boards of the Old Manse, the Emerson House, the Concord Antiquarian Society, the Orchard House and the Thoreau Society. She lectured throughout New England on Concord authors, Concord history, New England history and horticulture. Mrs. Fenn was also the author of several booklets on Concord, and wrote articles for the Thoreau Society Bulletin and the Concord Journal. She was a member of a committee which designated historic Concord homes with plaques, and served as president of the Concord Garden Club. She was also a board member of the New England Wild Flower Society, and held virtually every office in the Concord Woman’s Club during her long and active membership in that organization. (From information provided by Mrs. Fenn’s daughter, Mary Gail Fenn.)

PROVENANCE: Acquired by Mary Fenn over time from multiple sources, including gifts from Miss Margaret Lothrop and Roland Wells Robbins.

Autograph of A. Bronson Alcott, "Truly Yours."

MS fragment in the hand of Louisa May Alcott: one page, from novel Jack and Jill, Chapter 16, "Up at Merry’s."

Facsimile of note from Margaret Lothrop to Mary Fenn regarding identification of Louisa May Alcott MS fragment.

Letter from Margaret Lothrop to Mary Fenn, 1966 February 21, regarding gift of green card case belonging to Ellen Emerson, and relating recollection of Ellen Emerson placing a "crown of white roses" on Miss Lothrop’s head on the occasion of her fifth birthday.

Note by Harriet M. Lothrop [n.d.] regarding her purchase of The Democratic Review "from Miss Sarah E. Richardson of Concord Mass., May 17th 1898, on the day of the sale of her household articles."