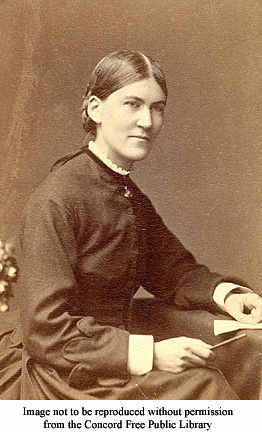 BIOGRAPHY: Second child and elder daughter of philosopher, essayist, poet, and lecturer Ralph Waldo Emerson and his second wife, Lidian (Lydia Jackson) Emerson.  Born Feb. 24, 1839 in Concord, Mass., where she spent her life; died in Milton, Mass., Jan. 14, 1909.  Member of Concord’s School Committee, of First Parish (where she taught Sunday school for over forty years), and of various other Concord organizations.  Acted as organizer and hostess of social events, including public dances held in Town Hall.  (Some music in collection is believed to have been used at these sociables.)  Assisted her father during mental and physical decline of his final decade.