Our library staff has selected a list of Hoopla movies for you to enjoy during library closures.  They are movies that will lift your mood, let you lose yourself in a stranger world or alternative to "kids' movies" that parents can enjoy with children, TV series that Concord loves (or will ), and small space, big story: movies set in confined environments.

[Click here to view How to Use Hoopla: A Step-by-Step Guide]

Are you looking for entertainment during this unusual winter holiday season? Tap into discovery with the over 950,000 titles available in Hoopla’s digital library!

Here are some highlights -

Our library staff has selected a list of Hoopla movies for you to enjoy during library closures.  They are movies that will lift your mood, let you lose yourself in a stranger world or alternative to "kids' movies" that parents can enjoy with children, TV series that Concord loves (or will ) and more.  [How to Use Hoopla: A Step-by-Step Guide] 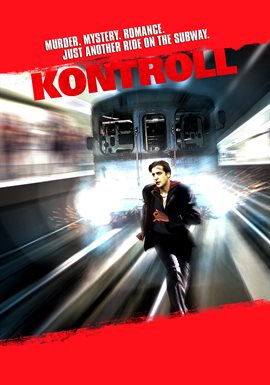 "...surreal, atmospheric and entirely subterranean black comedy-thriller about transit officials in a Budapest subway dealing with unruly riders and a serial killer." - RottenTomatoes 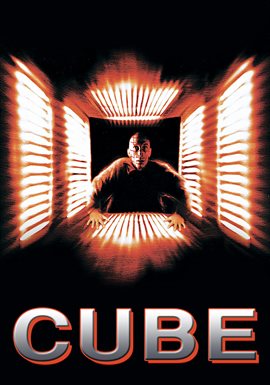 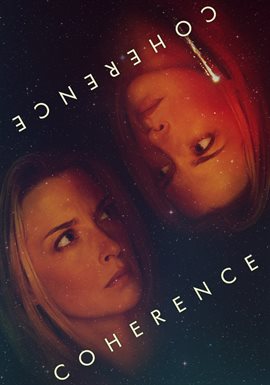 "Strange things begin to happen when a group of friends gather for a dinner party on an evening when a comet is passing overhead."- IMDb 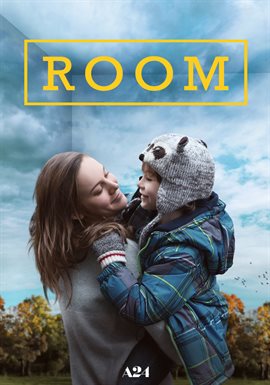 "Held captive for 7 years in an enclosed space, a woman and her young son finally gain their freedom, allowing the boy to experience the outside world for the first time." - IMDb 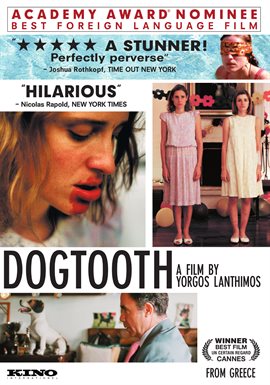 "Three teenagers live isolated, without leaving their house, because their over-protective parents say they can only leave when their dogtooth falls out." - IMDb

Directed by Yorgos Lanthimos of "The favourite (2018)." In Greek with English subtitles.

14 Movies on Hoopla That Will Lift Your Mood 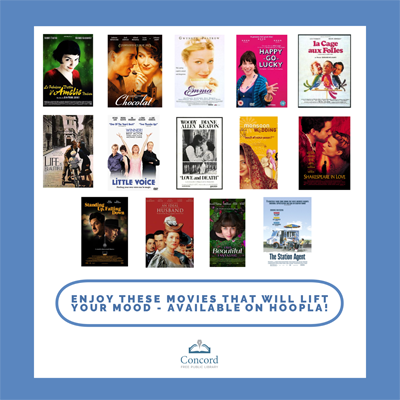 "Jean-Pierre Jeunet's Amelie is one of those once-in-a-decade comedies which scatters its charm like pearls from a broken necklace, all the more adorable because they are not real." - Barbara Ellen, Times (UK)

"If you can't be bothered running a nice warm bath, see this instead." - Michael Thomson, BBC.com

"This is a gem of a movie that, like its protagonist, boasts a fiercely independent spirit full of discreet optimism and deadpan humour." - Stella Papamichael, BBC.com

"Little Voice brings its award-winning source material to the screen in style, elevated by a commanding lead performance from Jane Horrocks." - Rottoen Tomatoes

"Sometimes it's the small things that provide the biggest delights. That's certainly the case with Shakespeare in Love, a tongue-in-cheek romance about the greatest romance ever written." - Jeff Strickler, Minneapolis Star Tribune

"Audiences will be laughing hysterically while crying their eyes out." - Chris Gore, Film Threat

"In Standing Up, Falling Down, this new style of comedy is light on laughs, but big on heart, weaving together a story of hope, redemption, and second chances with a solid cast led by Ben Schwartz and Billy Crystal." - Alan Ng, Film Threat

Alternative to "Kids' Movies": 5 Videos on Hoopla That Parents Can Enjoy With Children 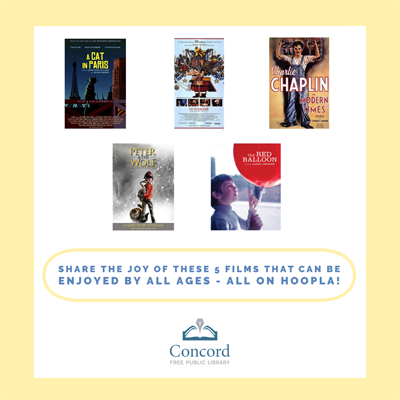 "The colorful holiday classic is finally brought to the big screen, designed by famed children's story author and artist Maurice Sendak, and written for the first time to be as close as possible to the original story. A lavish, exciting and heart-warming celebration of dance, of music, and of life. Based upon the Pacific Northwest Ballet's original production." - Introduction on Hoopla

"The picture is grand fun and sound entertainment, though silent. It's the old Chaplin at his best, looking at his best -- young, pathetic and a very funny guy." - Variety

"This Academy Award winning new interpretation of Sergei Prokofiev's classic tale, Peter & the Wolf, is accompanied by a new orchestra recording, stop-frame model animation and state-of-the-art digital technology to create a magical world in which little boys can find the strength and courage to overcome their fears." - Introduction on Hoopla

"...glories in striking silhouettes, a slinky '50s beat, a bright storybook palette and an entrancing brand of make-believe that grown-ups can believe in." - Michael Phillips, Chicago Tribune

"As enjoyable for adults who wistfully view scenes of post-war France in all its black and white chicness, as it is for kids." - Kate Fuscoe, Time Out

Lose Yourself In a Stranger World 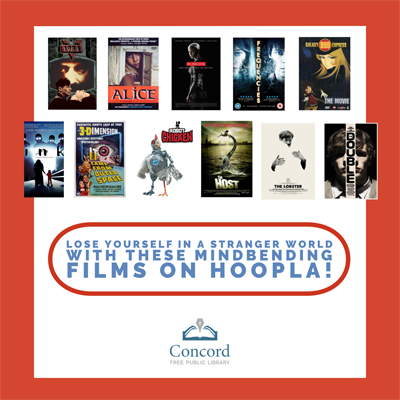 "This anime classic follows the sci-fi adventures of Tetsuro, a young man traveling through space, in pursuit of the evil cyborgs who killed his mother." - Introduction on Hoopla

"Not necessarily for young kids, this is a surrealist version with a great deal of attention accorded to objects." -Jonathan Rosenbaum, Chicago Reader

"The Double, stitched together with Kafkaesque leftovers and Orwellian residue, is anchored by two good performances from just one actor." - Christopher Preston, One Room With A View

"Michael Radford's brilliant film of Orwell's vision does a good job of finding that line between the 'future' world of 1984 and the grim postwar world in which Orwell wrote." - Roger Ebert, Chicago Sun-Times

"A film to warm the cockles of your geeky heart, an incredibly ambitious and profoundly provocative science fiction drama about ideas that require no FX to sell them." - MaryAnn Johanson, Flick Filosopher

"Has all the ambition of a Terry Gilliam or Jean-Pierre Jeunet epic." - Luke Y. Thompson, L.A. Weekly

"Ex Machina has a precise visual sheen that evokes David Fincher, and earns the sudden, quiet, powerful scares of his best work." - David Sims, The Atlantic

TV Series That Concord Loves (Or Will )

With descriptions on Hoopla

"Meet Martin Ellingham (Martin Clunes, Men Behaving Badly), an eminent physician with a nasty disposition. Forced to give up his career as a London surgeon after developing a fear of blood, he takes a job as GP in the sleepy Cornish village of Portwenn."

"Based on the bestselling mysteries by Ann Cleeves, Vera follows a solitary, obsessed, cantankerous investigator who happens to be pure genius at her job."

"Agatha Christie's beloved detective solves complex cases with flair and finesse in these two feature-length mysteries from the hit series. Set amid the unparalleled elegance of the Art Deco era, these beautifully remastered adaptations star David Suchet as Poirot..."

"It's 1936, and six years since parlor maid Rose left 165 Eaton Place, fate brings her back as housekeeper to its new owners. Rose soon finds she has her work cut out as she recruits a new 'downstairs' family to help run the elegance and finery of the 'upstairs' world. But in both, it soon becomes apparent there lies a labyrinth of secrets, lies and scandal."

"Call the Midwife is based on the bestselling memoirs of Jennifer Worth. Set in the 1950s, this six part series is a moving and intimate insight into the colorful world of midwifery and family life in London's East End."

"Based on John Galsworthy's novel of the same name, The Forsyte Saga chronicles the lives of an English family over 34 years from the Victorian era through World War I. Superior, arrogant and confident, the Forsytes are the ultimate power family. What lies beneath is a festering core of unhappy and brutal relationships, riddled with tensions and jealousy. The stellar cast includes Damian Lewis..."

"In this landmark living history series, a Victorian tenement in London's East End has been painstakingly brought back to life. Host Michael Mosley joins a group of 21st century families as they move in and experience the tough living and working conditions of the Victorian poor, discovering the extraordinary story of how the Victorian East End changed Britain's attitude to poverty forever."

"Dame Judi Dench leads an all-star cast in this witty and poignant story about the small absurdities and major tragedies in the lives of the people of Cranford. A place governed by etiquette, custom and above all, ladies, Cranford in the 1840s is a small English town on the cusp of change."

"London's best detectives take on its worst crimes in this sleek British mystery series from the creator of Suspects. Veteran DI David Bradford heads an elite murder squad, but he's been on leave following the unexplained disappearance of his wife. In his absence, ambitious DS Vivienne Cole has been leading the investigations, and when Bradford returns to work, the two clash over their methods and lines of inquiry."

"A thoroughly addictive drama brimming with secrets, passion, romance, and intrigue, A Place to Call Home explores the ties that hold families together and the betrayals that can tear them apart."

"Emmy and Golden Globe winner Gillian Anderson (The X- Files) smolders as a British detective summoned to Belfast to solve a high-profile murder. She quickly recognizes the signs of a serial killer, but the culprit (Jamie Dornan, Fifty Shades of Grey) has already targeted his next victim."