Moira Linehan reads from & Company (Dos Madres 2020) in which she studies the Impressionist paintings of the fashion worlds in Paris and Boston to imagine the life of her strong-minded grandmother who worked at the heart of these places as a dress designer and seamstress. Linehan’s previous books include Toward (Slant Books 2020), and Incarnate Grace (2015) and If No Moon (2007), both published by Southern Illinois University Press and named Honor Books in Poetry in the Massachusetts Book Awards. If No Moon received the 2006 Crab Orchard Series in Poetry Prize selected by Dorianne Laux. Widely published, Moira is the recipient of residencies in Ireland at the Cill Rialaig Project and the Tyrone Guthrie Centre; the Helen Riaboff Whiteley Center in WA; and the Virginia Center for the Creative Arts.

Angela Narciso Torres reads from What Happens Is Neither (Four Way Books 2020), poems set in two countries and home, where she considers what it means to leave a mark, vanish, and stay in one place. In a profound act of recollection and preservation, she shows us how to release part of ourselves but remain whole. Her previous books include Blood Orange, winner of the 2013 Willow Books Literature Award for Poetry, and the chapbook, To the Bone (Sundress Publications 2020). Recent work appears or is forthcoming in POETRY, Missouri Review, Quarterly West, Cortland Review, and Poetry Northwest. A graduate of Warren Wilson MFA Program for Writers and Harvard Graduate School of Education, she has received fellowships from Bread Loaf Writers' Conference, Illinois Arts Council, and Ragdale Foundation. Born in Brooklyn and raised in Manila, she currently resides in San Diego. She is Reviews Editor for RHINO Poetry.

The Virtual Poetry at the Library Series is sponsored by the Friends of the Concord Free Public Library. [Register for Zoom Link] [View Winter Series] 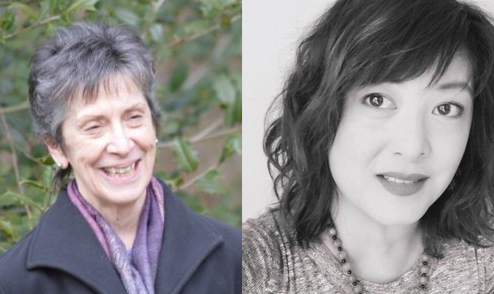