Author Talk Series will feature Terry Barkley, author of The Other “Hermit” of Thoreau’s Walden Pond: The Sojourn of Edmond Stuart Hotham on Tuesday, September 24, 2019 at 7:00 p.m. in the Periodical 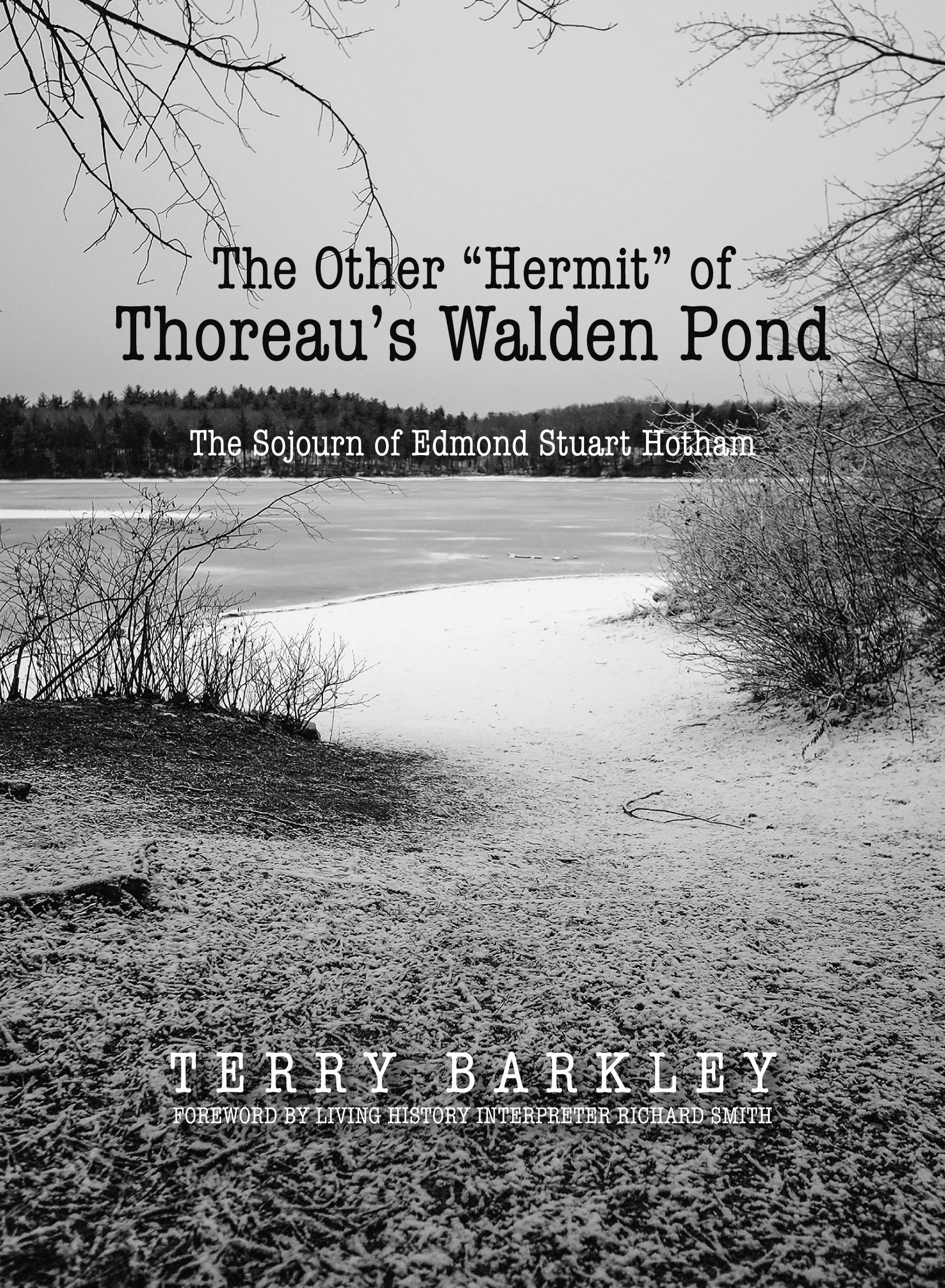 Room. Open to the public.

A member of the Thoreau Society, Terry Barkley is a retired professional librarian, archivist, and Harvard-trained museum curator, and a former history teacher. He is the author of four books and co-author of a fifth. His articles have appeared in the Tennessee Historical Quarterly, Living Blues, and in The Brethren Encyclopedia. Terry is currently chair of the Brethren Historical Committee of the Church of the Brethren (Dunkers). He is an independent scholar and musician who lives in Shirley, Massachusetts.

“I didn’t realize there was another ‘hermit’ of Walden Pond!” is the usual response author-historian Terry Barkley receives when he tells someone the title of his new book, The Other “Hermit” of Walden Pond: The Journey of Edmond Stuart Hotham. Everyone knows of Henry David Thoreau’s experiment there from 1845-1847, immortalized in his classic Walden; or, Life in the Woods (1854), but, as Barkley points out, “neither the world nor even most avid Thoreauvians know about Edmond Hotham’s six-month sojourn at Walden Pond during the winter of 1868-1869.”

A generation later and some six and a half years after the death of Henry Thoreau in Concord, Massachusetts, from tuberculosis in May 1862, Edmond Hotham, a young theological student from New York City, arrived in Concord in November 1868 – a place he had never been before – to begin preparations for his pursuit of the “wild life.” Almost immediately, he met transcendentalist poet (William) Ellery Channing, he being a former close friend of Thoreau’s who had even suggested to Thoreau that he build his cabin at Walden Pond. Channing probably introduced Hotham to New England transcendentalist leader Ralph Waldo Emerson, the “Sage of Concord,” who gave Hotham permission – like Thoreau before him – to build his “Earth-cabin” on Emerson’s property at Walden Pond.

Also like Thoreau, Edmond Hotham came to Walden Pond to pursue some “personal business” as he was preparing for Christian ministry and stateside missionary work. He built his shanty on the shore of Walden Pond about a hundred yards “in front of Henry’s,” and there attempted to out-economize and out-simplify Thoreau in his expenditures, his “Earth-cabin” being half the size of Thoreau’s cabin and thus costing half as much. Hotham referred to his daily dietary concoction of ground corn and meal as “the only true food for man.”

Edmond Hotham arrived in Concord at a time when the town and Walden Pond were quickly being transformed into a true “American Mecca,” the town and the pond being inundated every spring through fall by thousands of pilgrims, picnickers, Revolutionary history seekers, and those enjoying the entertainment offerings at “Lake Walden” amusement park on the western shore of the pond and not far from where Hotham decided to build.

Though he was only at Walden Pond for about six months – November 1868 to May 1869 – Edmond Hotham quickly became a local celebrity and he managed to befriend the surviving transcendentalists in Concord including Emerson and his family, Ellery Channing, Franklin Sanborn, and Bronson Alcott and his daughter, Louisa May. Newspaper reporters from near and far sought out Hotham at his “Earth-cabin” to get his story, and the curious stopped by to talk or just to gawk. By spring of 1869, Hotham was ready to move on, returning briefly to a job in New York City, and then pursuing the “wild life” again in the Adirondacks of upstate New York where he was from originally. Edmond Hotham briefly served as a minister of a Swedenborgian church in Erie, Pennsylvania, before disappearing from the historical record. As the late Kenneth Walter Cameron remarked in his 1962 article on Hotham – until now the most complete study of Hotham – “I suspect that he disappeared into some corner where ‘reporters cease from troubling’ and his weariness might be at rest. Perhaps his corpse was never found!”

The Other “Hermit” of Walden Pond: The Journey of Edmond Stuart Hotham is the first book-length treatise on Hotham with nearly half the book being new material. Author Terry Barkley has included everything that is currently known about Edmond Hotham from his Canadian birth, service in the U. S. Navy including the Civil War years, his sojourn at Walden Pond, his attempts at Christian ministry, his three U.S. patents, his marriage and “living in the material world,” to even locating Hotham’s simple government grave in New Jersey. It’s all here to discover and is a fascinating read. To quote Thoreau, “What is once well done is done forever.”