Author Marjan Kamali will discuss her new book The Stationery Shop in the Periodical Room of the Main Library on Monday, June 24, 2019 at 7:00 p.m. Open to all.

Marjan Kamali, born in Turkey to Iranian parents, spent her childhood in Kenya, Germany, Turkey, Iran, and the United States. She studied English Literature at UC Berkeley and received her MBA from Columbia University and her MFA from New York University. Her work has been broadcast on BBC Radio 4 and published in two anthologies: Tremors and Let Me Tell You Where I’ve Been. An excerpt from The Stationery Shop was published in Solstice Literary Magazine and nominated for a Pushcart Prize.

Her debut novel Together Tea was a Massachusetts Book Award Finalist, an NPR WBUR Good Read, and a Target Emerging Author Selection. Together Tea has been translated into German, Italian, Norwegian, Czech and Slovak and was recently adapted for the stage.

Marjan teaches writing at GrubStreet in Boston. She lives with her husband and two children in the Boston area. 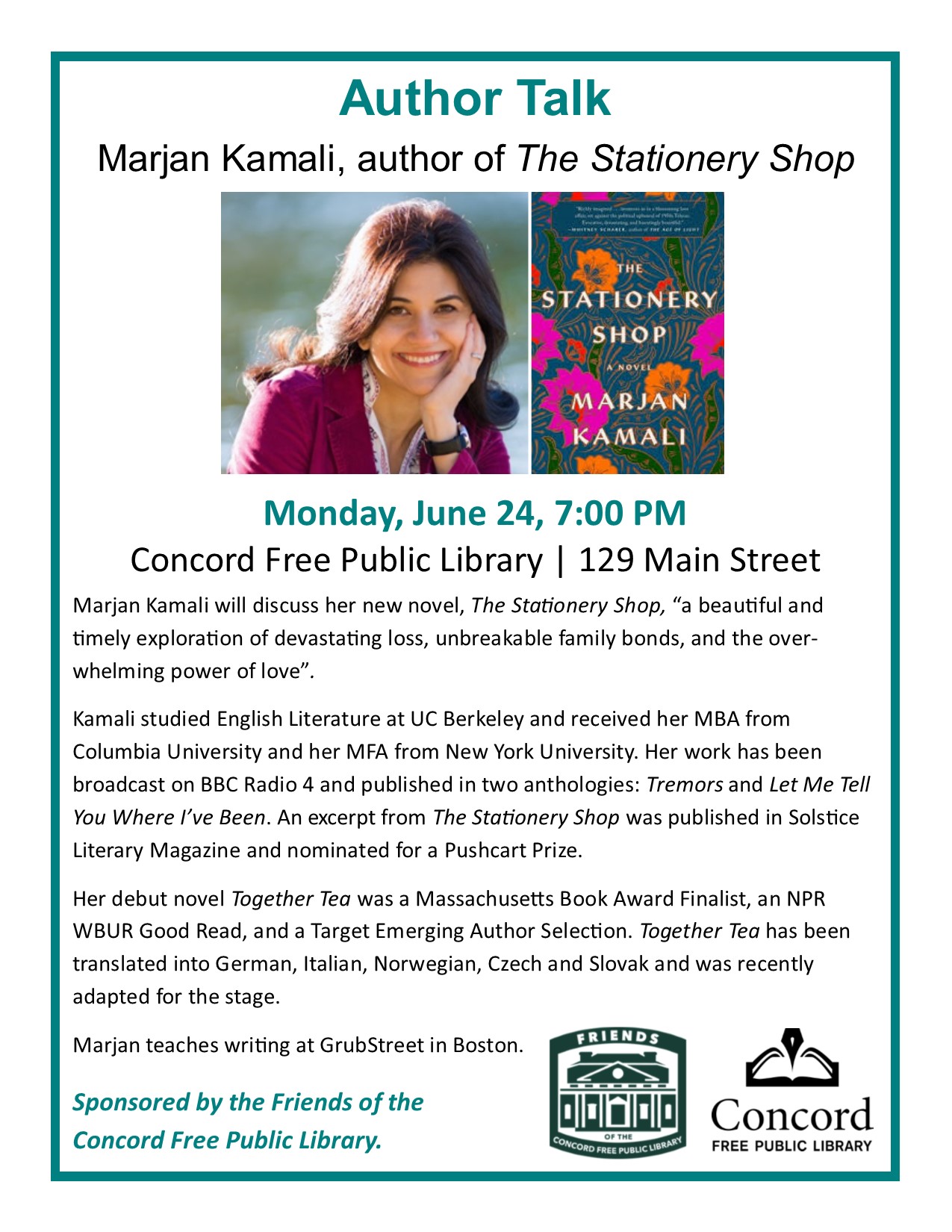