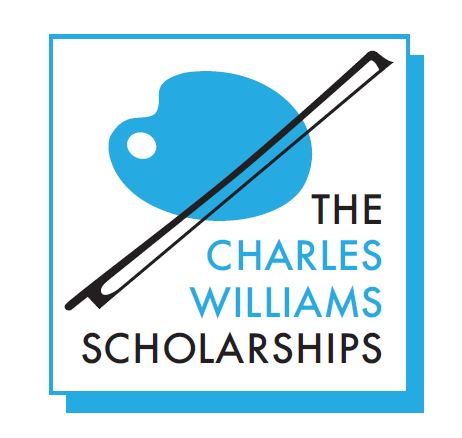 Among the duties of Trustees of The Concord Free Public Library Corporation is the administration of a special endowed fund, The Charles Williams Fund, that provides an annual stipend for scholarships awarded to college-bound Concord students who demonstrate an interest and aptitude in the Studio Arts or in Music. The Fund is named for Library benefactor Charles Williams, a contemporary of the Library’s Founder, Williams Munroe. Charles H.S. Williams was born in Buffalo, New York in October, 1838 and attended college first at Yale University then Union College. He studied law, and went into practice in Poughkeepsie, NY, where he was married. After practicing for some years, Charles changed course and studied Theology.

He relocated to Concord and was ordained as a Congregational Minister and served as Pastor of the Trinitarian Church in Concord from about 1868 to 1870. He underwent a change in his theological views, and stepped away from the church, going back to the practice of law. Sadly, Mr. Williams’ life ended prematurely when on December 26th, 1880 he was skating alone near Nine Acre Corner and it is surmised that he must have fallen through the ice. In his obituary he was hailed as a leading citizen of Concord, and a friend to all. Having no children of his own to inherit his wealth, Mr. Williams, working through the structure of The Library Corporation, created a fund that would benefit children of his fellow Concordians for generations to come.

The Williams bequest was notable in that Mr. Williams specifically indicated that scholarship funds should be equally available to young men and to young women. For many years The Williams Scholarship was run as an “affiliate fund” of The Concord-Carlisle Scholarship Fund (CCSF) which enabled the mechanics of scholarship administration to be managed in concert with other CCSF affiliate funds. During that time, the Library Corporation provided financial support to Williams Scholars who attended universities and colleges all over the United States.